What is Fred Armisen's Net Worth and Salary?

Fred Armisen is an American comedian, actor, musician, writer, and producer who has a net worth of $8 million. Armisen is best known for his work as a cast member of the NBC sketch comedy show "Saturday Night Live" (2002–2013) and the IFC series "Portlandia" (2011–2018). He co-created "Portlandia" as well as IFC's "Documentary Now!" (2015–present) and HBO's "Los Espookys" (2019–present), and he has served as a writer and executive producer on all three shows.

Fred founded the website ThunderAnt.com, which features comedy sketches created with his "Portlandia" co-creator/co-star Carrie Brownstein, and he became the bandleader for The 8G Band, the house band for "Late Night with Seth Meyers," in 2014. Armisen released several albums with the Chicago-based punk band Trenchmouth, including "Inside the Future" (1993) and "Volumes, Amplifiers, Equalizers" (1995), and he played background drums for Blue Man Group in the '90s. In 2018, Fred released the album "Standup for Drummers," which earned him a Grammy nomination, and in 2015, "Smithsonian" magazine honored him with the American Ingenuity Award for Performing Arts.

Fred Armisen was born Fereydun Robert Armisen on December 4, 1966, in Hattiesburg, Mississippi. When Fred was a baby, his family moved to New York, and they later lived in Brazil. His mother, Hildegardt Mirabal Level (a schoolteacher), was born in Venezuela, and his father, Fereydun Herbert Armisen (an IBM employee), was born in Germany. Armisen grew up in Valley Stream, New York, where future "Saturday Night Live" star Jim Breuer was one of his high school classmates. Fred attended Manhattan's School of Visual Arts, but he dropped out to pursue a career as a rock drummer. 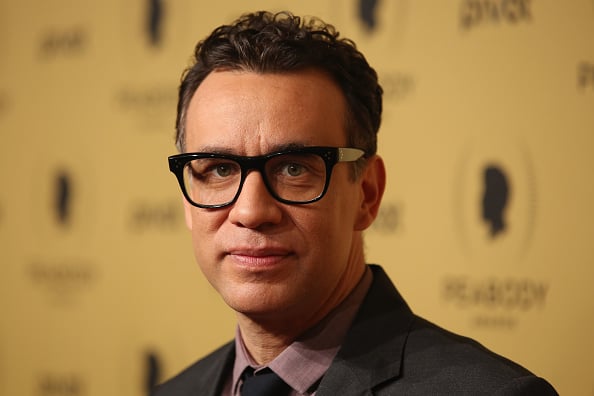 Fred married singer-songwriter Sally Timms in 1998, and after they divorced in 2004, he began a relationship with actress Elisabeth Moss. They met when Moss appeared in an October 2008 episode of "Saturday Night Live" hosted by her "Mad Men" co-star Jon Hamm, and they became engaged three months later. Armisen and Moss married on October 25, 2009, and Elisabeth filed for divorce in September 2010. The divorce was finalized in May 2011, and Fred began dating actress Natasha Lyonne in 2014. Lyonne directed Armisen in the 2017 short film "Cabiria, Charity, Chastity," and she has guest-starred on "Documentary Now!" and "Portlandia." Fred enjoys playing the video game "Red Dead Redemption," and after he stated that he was "very good" at the game on "Larry King Now," Rockstar Games cast him in "Red Dead Redemption 2."

Armisen and his "The Looney Tunes Show" co-stars were nominated for three "Behind the Voice Actors Awards," Best Vocal Ensemble in a Television Series in 2012 and Best Vocal Ensemble in a Television Series – Comedy/Musical in 2013 and 2014. "Portlandia" earned Fred an Online Film & Television Association Award nomination for Best Male Performance in a Fiction Program in 2015 and Best Male Performance in a Variety Program in 2018, and he received a Webby Award nomination for Video – Best Individual Performance for "The Clash: The Last Gang in Town" in 2014. 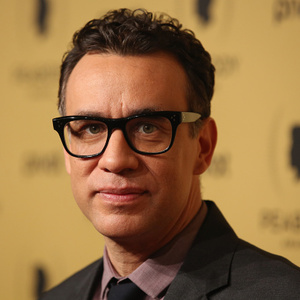