Frank Skinner net worth: Frank Skinner is an English writer, comedian, television and radio presenter, and actor who has a net worth of $8 million. He is most likely known for his stand up comedy.

Frank Skinner was born in West Bromwich, England in January 1957. He received the Best Comedy Entertainment Personality Award in 2001 at the British Comedy Awards. Skinner has been featured on the series Fantasy Football League from 1994 to 2004 as well as The Frank Skinner Show from 1995 to 2005, Baddiel and Skinner Unplanned from 2000 to 2005, and Room 1010 from 2012 to 2018. He began hosting The Frank Show for Absolute Radio in 2009. Frank Skinner and David Baddiel wrote lyrics and provided vocals for the song "Three Lions" which became the only song to have four separate stints as #1 on the UK singles chart with the same artists. He has been featured on the stand up VHS and DVDs Live in 1992, Live at the Apollo in 1995, Live at the Palladium in 1996, Live in Birmingham in 1998, Stand-Up! Live from Birmingham's National Indoor Arena in 2008, and Live – Man in a Suit in 2014. 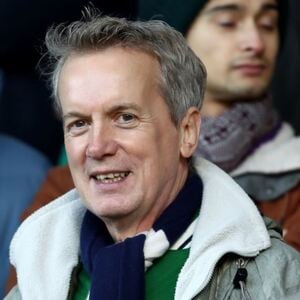