Will Forte Net Worth

in Richest Celebrities › Richest Comedians
Will Forte Net Worth:
$14 Million

What is Will Forte's Net Worth and Salary?

Will Forte is an actor, comedian, producer and screenwriter who has a net worth of $14 million. Will Forte is best known for being a cast member on "Saturday Night Live" from 2002 to 2010. Later, he earned acclaim for creating and starring on the Fox sitcom "The Last Man on Earth." Forte has also starred in such comedy films as "MacGruber," "Nebraska," "She's Funny That Way," and "A Futile and Stupid Gesture," and has lent his voice to the animated movies "Cloudy with a Chance of Meatballs," "The Lego Movie," and "The Willoughbys."

Will Forte was born as Orville Willis Forte IV on June 17, 1970 in Alameda, California. His father, Orville Forte III, was a financial broker, while his mother, Patricia, was an artist and former schoolteacher. Forte was raised in Moraga before moving with his family to Lafayette when he was 13. Developing a passion for comedy at an early age, he idolized such comedians as Steve Martin and Peter Sellers, and often played pranks on his parents. However, he initially wanted to pursue football as his career. Forte went to Acalanes High School, where he was a member of both the varsity football and swim teams. He subsequently enrolled at UCLA, from which he graduated with a BA in history.

Planning to follow in the footsteps of his father, Forte became a financial broker at Smith Barney Shearson in Beverly Hills following his graduation from UCLA. He described his time there as "miserable," however, and decided to change his career path to pursue comedy and writing. Consequently, Forte started taking classes with the improvisational sketch comedy troupe the Groundlings, while he also tutored children to make a living. He went on to create the comic book "101 Things to Definitely Not Do If You Want to Get a Chick," which resulted in his first professional job, writing for "The Jenny McCarthy Show." Following this, he worked for nine months as a writer on the "Late Show with David Letterman." Forte then returned to Los Angeles to perform with the Groundlings' Main Company. He became a writer on the failed sitcoms "The Army Show" and "Action," before landing writing roles on the successful sitcoms "3rd Rock from the Sun" and "That '70s Show."

While performing with the Groundlings in 2001, Forte was spotted by "Saturday Night Live" creator Lorne Michaels, and was invited to audition for the show. Although he was offered a spot on "SNL," Forte declined it in favor of the financial stability of working on "That '70s Show." However, he eventually realized he had made a mistake, and joined the cast the following year after Will Ferrell left the show. Forte struggled early on, often succumbing to stage fright and feeling uncomfortable in the roles he was given, including President George W. Bush. It got so bad that he was nearly fired following his third season. Fortunately, he eventually settled in and became a popular performer on the show.

During his tenure on "SNL," Forte was famous for playing such oddball characters as Jeff Montgomery, Tim Calhoun, Greg Stink, and the Falconer. He also did several celebrity impressions, including ones of Peyton Manning, Tom DeLay, Newt Gingrich, Harry Reid, John Edward, Chad Lowe, and David Petraeus. Forte's best-known character, however, was MacGruber, a special operations agent who constantly becomes distracted by personal issues while attempting to disarm a ticking time bomb. The popularity of the sketch led to a feature film in 2010, the year Forte left "SNL." 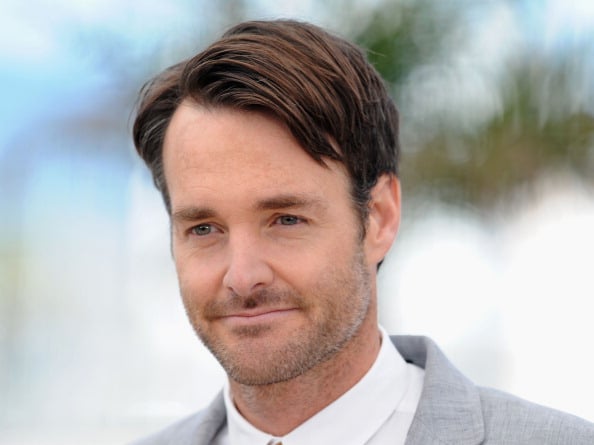 Following "SNL," Forte had a recurring role on the NBC sitcom "30 Rock" as the cross-dressing Paul L'astnamé. He subsequently appeared in episodes of "How I Met Your Mother," "Parks and Recreation," and "Up All Night," and had voice roles on various animated series including "Sit Down, Shut Up," "The Cleveland Show," "American Dad!," and "Allen Gregory." In 2012, Forte began voicing characters on two popular Disney XD animated series, "Gravity Falls" and "Lab Rats." He went on to lend his voice to several other animated shows such as "Bob's Burgers," "The Awesomes," "The Simpsons," "Moonbeam City," "Alien News Desk," "The Great North," "No Activity," and "HouseBroken."

Forte began his most acclaimed post-"SNL" role in 2015, when he started playing the main role of Philip Tandy "Phil" Miller on the post-apocalyptic comedy series "The Last Man on Earth." He also created, wrote, and executive produced the show. For his work, he earned three Emmy Award nominations: two for his acting and one for his writing. Forte's other credits have included the television films "7 Days in Hell" and "Tour de Pharmacy," and the streaming series "Flipped," "Sweet Tooth," and "MacGruber."

Forte made his feature film debut in 2004, playing Young Bobby in the remake of "Around the World in 80 Days." He was next in "Beerfest" in 2006. The following year, he had his first leading role starring opposite Will Arnett in "The Brothers Solomon," which he also wrote. Forte followed this with supporting roles in such comedies as "Baby Mama," "Brief Interviews with Hideous Men," and "Fanboys." In 2009, he voiced the character of Joe Towne in the animated film "Cloudy with a Chance of Meatballs," and the next year, reprised his "SNL" role of MacGruber in a big-screen adaptation of the comedy sketch. Forte went on to appear in numerous other comedy films, including "A Good Old Fashioned Orgy," "Tim and Eric's Billion Dollar Movie," "Rock of Ages," "That's My Boy," and "The Watch."

In 2013, Forte had his first dramatic role in the romance film "Run & Jump." The same year, he was in "Life of Crime," and gave a critically acclaimed performance in Alexander Payne's "Nebraska," playing the son of Bruce Dern's character. In 2014, Forte voiced Abraham Lincoln in the animated comedy "The Lego Movie," and had a starring role in Peter Bogdanovich's screwball comedy "She's Funny That Way." Among Forte's myriad other credits are "Don Verdean," "Staten Island Summer," "The Ridiculous 6," "Keanu," "A Futile and Stupid Gesture," "Extra Ordinary," "Booksmart," "Good Boys," "The Willoughbys," and "Scoob!"

In 2015, Forte dated January Jones, his costar from "The Last Man on Earth." A few years later, he met Olivia Modling, whom he subsequently married. The couple had a daughter named Zoe in February of 2021.

Two weeks before being hired by SNL, Will bought a bungalow in Santa Monica, California for $850,000. The SNL job forced him to up and move to New York, so he barely lived in the house for around a decade. In September 2020 he listed this home for sale for $2.5 million.

In January 2020 Will spent $6.25 million on an oceanfront home in Carmel Highlands, California. 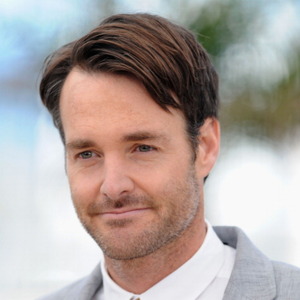