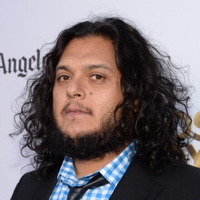 Felipe Esparza net worth: Felipe Esparza is a Mexican comedian and actor who has a net worth of $3 million. Felipe Esparza was born in Sinaloa, Mexico in June 1976. He won the reality television series Last Comic Standing in 2010. Esparza was then featured on the TV series Latino 101 from 2010 to 2011. He has also appeared on the series The Eric Andre Show since 2014. Esparza co-created the television series The Shop which he also served as executive producer and starred in in 2015. He has appeared in the films El Matador, The Deported, I'm Not Like That No More, The Fix, and She's Allergic to Cats. Esparza has appeared on episodes of the TV series comics Unleashed, BET's Comicview, and The Arsenio Hall Show. He starred in the special Felipe Esparza: They're Not Gonna Laugh At You in 2012.