What Is Evan Goldberg's Net Worth?

In 2019, Goldberg and Rogen launched the cannabis company Houseplant, which sells "only the weed that is up to their incredibly high standards" and will "educate the public about what goes into creating quality cannabis."

Evan Goldberg was born Evan D. Goldberg on September 15, 1982, in Vancouver, British Columbia, Canada. He grew up in a Jewish household in Marple, and he attended Point Grey Secondary School. Goldberg met Seth Rogen in high school, and after graduation, he enrolled at McGill University. Evan has a brother named David, who contributed drawings to the books "Superbad: The Illustrated Moviebook" (2007) and "Superbad: The Drawings" (2008); some of these drawings were also featured in the film's end credits.

Goldberg's writing career began on HBO's "Da Ali G Show" in 2004 alongside Seth Rogen. In 2007, the duo co-produced "Superbad" and "Knocked Up," which were both hits, grossing $170.8 million and $219 million, respectively. "Superbad" was loosely based on their high school experience, and the lead characters are named Seth (Jonah Hill) and Evan (Michael Cera); their production company, Point Grey Pictures (founded in 2011) is named after their high school. Goldberg and Rogen co-wrote the 2007 short film "Jay and Seth Versus the Apocalypse," and they later expanded it into 2013's "This Is the End." They co-produced 2008's "Pineapple Express" (which they also co-wrote) and 2009's "Funny People," and after finding out that James L. Brooks, executive producer of "The Simpsons," was a fan of their work, Evan and Seth asked if they could write an episode of the show. After pitching several ideas in the writers room, one was accepted, and it became the 2009 episode "Homer the Whopper."

Goldberg and Rogan co-wrote and co-produced the 2011 superhero movie, "The Green Hornet," and that year they also co-produced "50/50," which was written by their friend Will Reiser. Goldberg, Rogen, and Reiser worked together on "Da Ali G Show," and Evan and Seth encouraged Will to write a screenplay about his experience with spinal cancer. In 2012, Goldberg and Rogen co-produced "The Guilt Trip," which starred Seth and Barbra Streisand, and in 2014, they co-produced "Neighbors" and "The Interview." Evan and Seth also co-directed "The Interview," which is famous for nearly starting a war, with North Korea's government threatening "merciless" retaliation against the U.S. in an attempt to prevent the movie from being released. In 2015, Goldberg and Rogen co-produced the holiday film "The Night Before," though only Evan was involved in writing the script. 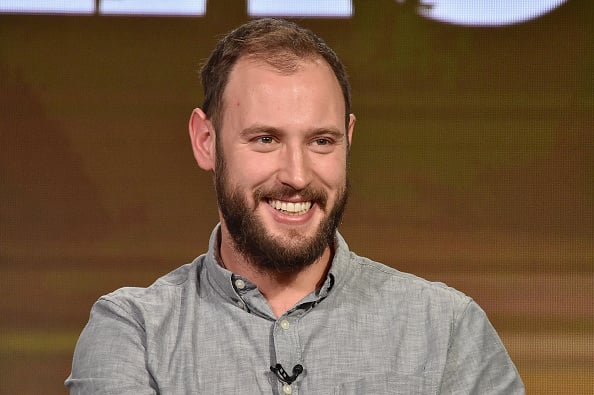 In 2016, they co-produced "Neighbors 2: Sorority Rising" and the computer-animated film "Sausage Party," which both brought in more than $100 million at the box office, and they developed the AMC series "Preacher." The show is based on the Garth Ennis-Steve Dillon comic book series of the same name, and it aired 43 episodes over four seasons. Evan and Seth executive produced the series, and they co-directed the episodes "Pilot," "See," "On the Road," and "Mumbai Sky Tower." Around this time, they also co-directed the 2017 short "Bananas Town," the "Future Man" episodes "Pilot," "Herpe: Fully Loaded," and "A Riphole in Time," the 2018 TV movie "Singularity," and the "Black Monday" episode "365." Goldberg and Rogen have served as executive producers on "Future Man" and "Black Monday," and in recent years, they co-produced "The Disaster Artist" (2017), "Blockers" (2018), "Game Over, Man!" (2018), "Long Shot" (2019), "Good Boys" (2019), and "An American Pickle" (2020). Evan also co-produced "Goon: Last of the Enforcers" (2017) with Jay Baruchel and Seann William Scott. In 2021, Goldberg and Rogen began co-producing Amazon Prime Video's "The Boys" and "Invincible" and HBO Max's "Santa Inc."

Evan married Lisa Yadavaia on May 27, 2012. Lisa and Evan produced "Funny People" and "Santa Inc." together, and Lisa co-wrote the "Santa Inc." episode "Faces of Meth." She also worked as an assistant to Judd Apatow on several films, including "Knocked Up," "Superbad," "Walk Hard: The Dewey Cox Story," and "Get Him to the Greek."

Evan has been nominated for two Primetime Emmys, Outstanding Writing for a Variety, Music or Comedy Program for "Da Ali G Show" in 2005 and Outstanding Drama Series for "The Boys" in 2021. Goldberg and Seth Rogen shared an American Comedy Award for Best Comedy Director – Film (and a Best Comedy Screenplay nomination) for "This Is the End" (2014), a Canadian Comedy Award for Best Writing – Film for "Superbad" (2008), a CinemaCon Award for Comedy Filmmakers of the Year (2014), and a Golden Schmoes awards for Best Screenplay of the Year for "Superbad" (2007). The duo also earned nominations from the Film Independent Spirit Awards (Best Feature for "50/50″), Georgia Film Critics Association (Oglethorpe Award for Excellence in Georgia Cinema for " Neighbors 2: Sorority Rising"), Online Film & Television Association Awards (Best First Screenplay for "Superbad"), and Rondo Hatton Classic Horror Awards (Best Film for "This Is the End"). Evan and Jay Baruchel shared a Canadian Screen Award nomination for Adapted Screenplay for "Goon" in 2013, and in 2016, the "Sausage Party" song "The Great Beyond" received a Best Original Song – Animated Film nomination from the Hollywood Music In Media Awards and a Best Song nomination from the Las Vegas Film Critics Society Awards. 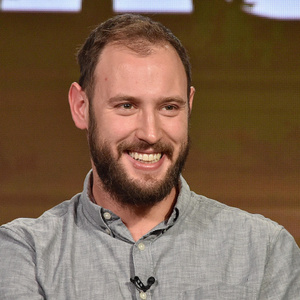