Ethan Dolan net worth: Ethan Dolan is an American comedian and social media personality who has a net worth of $3 million. Ethan Dolan was born in New Jersey in December 1999. He is best known for being a member of The Dolan Twins with his brother Grayson Dolan. The twins are a comedy duo and gained fame on the social media app Vine.

In 2015 they signed with AwesomenessTV. They accumulated more than six million Vine followers and four million YouTube subscribers. In 2016 they ventured out on their 4OU world tour. The Dolan Twins were featured in a Twitter ad campaign. They won Teen Choice Awards for Choice Web Star: Male, Choice YouTuber, and Choice Comedian in 2016. Ethan Dolan won a wrestling tournament as a competitive wrestler. In 2017 the Dolan Twins joined MTV's TRL. The twins won a Streamy Award for Creator of the Year in 2017. 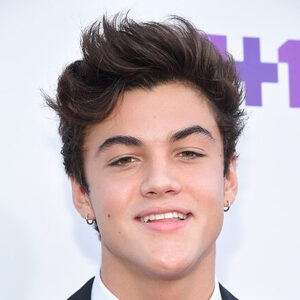