How much is Eric Wareheim Worth?

Eric Wareheim net worth: Eric Wareheim is an American actor, comedian, writer and director who has a net worth of $3.5 million. Eric Wareheim is best known as one half of the comedy duo Tim & Eric. Along with the other half, Tim Heidecker, he has created multiple television shows, such as "Tom Goes to the Mayor," "Tim and Eric Awesome Show, Great Job!," and "Beef House." Additionally, Wareheim has worked on a range of web series, and had a recurring role on the Netflix series "Master of None" in 2015 and 2017.

Early Life and Education: Eric Wareheim was born in 1976 in Audubon, Pennsylvania. He went to Methacton High School in Norristown, and later enrolled at Temple University in Philadelphia. At Temple, Wareheim met his comedy partner Tim Heidecker, and began producing his first films.

Start of Television Career: With Heidecker, Wareheim created, wrote, and starred in the Adult Swim animated show "Tom Goes to the Mayor." Running from 2004 to 2006, the program featured a crude limited animation style utilizing filtered photos of the voice cast. It focused on the childish character of the Mayor, voiced by Wareheim, and his disastrous attempts at civic and business endeavors. Following this, in 2007, Wareheim and Heidecker created the web series talk show "Tim and Eric Nite Live!," which parodied public-access shows in a cringe-worthy style. During its short-lived run, the program featured such guests as Zach Galifianakis, Will Forte, Jonah Hill, and Bob Odenkirk.

Wareheim and Heidecker reached a wider audience with the debut of "Tim and Eric Awesome Show, Great Job!" in 2007. A mix of animation, sketch, live action, and other surreal and satirical elements, the show became a cult hit with audiences, running for five seasons between 2007 and 2010. Many high-profile names appeared on the show, including regular guests such as Jeff Goldblum and "Weird Al" Yankovic; there were also a plethora of brief appearances from the likes of Will Ferrell, Ben Stiller, Ted Danson, Danny Trejo, and Josh Groban. At the end of its run, the show aired its "Chrimbus Special," a holiday episode. In 2017, another special was aired to commemorate the tenth anniversary of the series.

Further Television and Web Series: In 2008, Wareheim appeared in an episode of the two-part special "Young Person's Guide to History," and created, wrote, and directed the show "Steve and Stephen." Later, in 2010, he appeared in six episodes of the sketch comedy show "Funny or Die Presents." That same year, along with Tim Heidecker and John C. Reilly, he created "Check it Out! with Dr. Steve Brule," a spinoff of "Tim and Eric Awesome Show, Great Job!" starring Reilly as the titular socially awkward doctor. Following this, Wareheim lent his voice to episodes of "Bob's Burgers," "Jon Benjamin Has a Van," and "The Simpsons," and had a recurring role in four episodes of NBC's "The Office" in 2013. Also that year, he co-created "Dr. Wareheim," "Tim's Kitchen Tips," and "Tim & Eric's Go Pro Show." Wareheim also served as executive producer of "Nathan for You," a reality comedy series starring comedian Nathan Fielder. 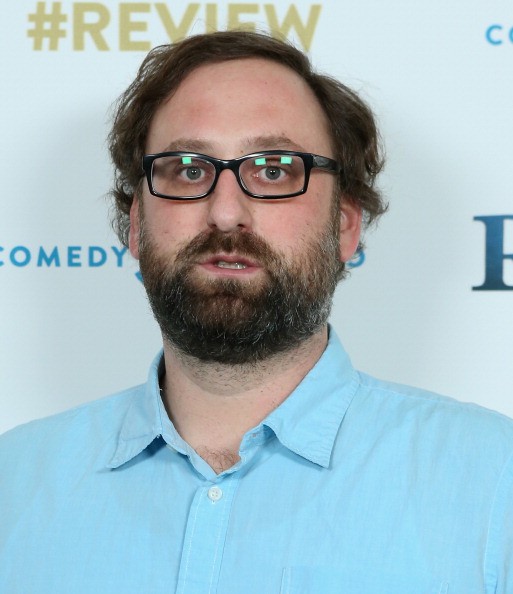 On Halloween in 2013, Wareheim and Heidecker debuted their horror comedy anthology series "Tim & Eric's Bedtime Stories," which continued its run on Adult Swim for 13 episodes. In 2014, Wareheim was in episodes of the sitcom "Community" and the IFC sketch comedy series "The Birthday Boys." The next year, he co-created and co-wrote the television special "Bagboy" with Heidecker and Reilly. Also in 2015, Wareheim landed a recurring role on the Netflix series "Master of None." For the first two seasons of the show, he played Arnold Baumheiser, the white friend of Indian-American Dev Shah, played by Wareheim's real-life friend Aziz Ansari. Among Wareheim's subsequent television credits were "Hot Package," "W/ Bob & David," and "Decker," all of which he executive produced. In 2020, he co-created "Beef House" with Heidecker; starring the pair, plus actress Jamie-Lynn Sigler, the show spoofs American family sitcoms from the 80s and 90s.

Film Career: On film, Wareheim had an uncredited part in the 2006 comedy "Let's Go to Prison." He was subsequently in Ari Gold's 2008 comedy film "Adventures of Power," and was featured in the documentary "Blood into Wine" in 2010. A bigger part came in 2012's "The Comedy," directed by Rick Alverson and starring Tim Heidecker, in which Wareheim played the supporting role of Van Harman. Also in 2012, Wareheim and Heidecker made their feature directorial debuts with "Tim and Eric's Billion Dollar Movie," which they also wrote, produced, and starred in. The film featured many of the actors who had appeared on the duo's past television shows, including John C. Reilly, Jeff Goldblum, Bob Odenkirk, and Robert Loggia. Wareheim's later film credits have included two independent comedies from the surrealist French filmmaker Quentin Dupieux: "Wrong Cops" and "Reality."

Music Career: In Philadelphia, Wareheim played in a number of local bands, including the new wave group Twelve Tone System. He also briefly played rhythm guitar with the duo Adam and Justine in the 90s, and was the main songwriter for The Science Of. Later, he became involved with the band Sola. Beyond his playing, Wareheim has directed, co-directed, or appeared in a myriad of music videos; among his credits are Ben Folds' "You Don't Know Me," Flying Lotus' "Parisian Goldfish," Major Lazer's "Pon De Floor" and "Bubble Butt," Mr. Ozio's "HAM," Charli XCX's "Famous," and Blonde Redhead's "Dripping." 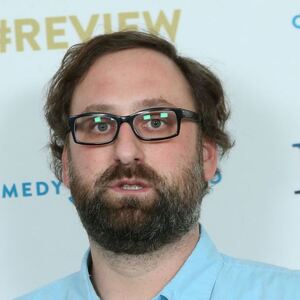