Eric Idle net worth: Eric Idle is a British comedian, actor, director and producer who has a net worth of $60 million. Born in South Shields, County Durham, England, Eric Idle grew up in a harsh boarding school environment and used his wits and comic skills to handle the daily struggles.

While attending Cambridge University, he was invited to the join the prestigious improv group, the Cambridge University Footlights. He subsequently became their president. After college, he appeared on the children's television show, "Do Not Adjust Your Set". In the early 60s, he began working on the project that would put him on the map, as one of the members of "Monty Python". His sketches, which he wrote by himself, often included plays on words and dealt with contemporary issues and people. He also wrote some of the group's most popular songs, including "Look on the Bright Side of Life" and "Eric the Half-a-Bee". Post-"Monty Python", he has written several books, appeared in numerous television shows and films, toured as a solo artist. Most importantly, he wrote the book, lyrics, and some of the music for the hit Broadway musical, "Spamalot", which to date has won three Tony Awards. In Spamalot's initial run of 1500 performances, it grossed $175 million. 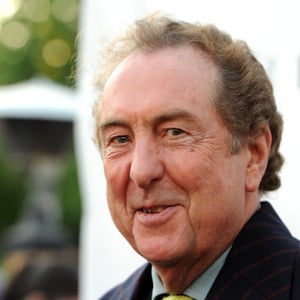