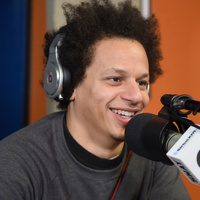 André wrote, produced, and starred in 2021's "Bad Trip," and he also wrote and produced "The Eric Andre Show" as well as "The Eric Andre New Year's Eve Spooktacular" (2012) and "Mostly 4 Millennials" (2018). In 2014, Eric and his "The ArScheerio Paul Show" co-stars earned a Streamy Award nomination for Best Ensemble Cast, and he received an MTV Movie + TV Award nomination for Best Comedic Performance for "Bad Trip" in 2021. He released first stand-up comedy special, "Legalize Everything," on Netflix in 2020.

Early Life: Eric André was born Eric Samuel André on April 4, 1983, in Boca Raton, Florida. His father, Pierre (a psychiatrist), is an Afro-Haitian immigrant, and his mother, Natalie, is an Ashkenazi Jewish American. Eric has an older sister named Amy, and he attended the Dreyfoos School of the Arts in West Palm Beach, Florida. After graduating in 2001, André enrolled at Boston's Berklee College of Music, earning a BFA degree in 2005. While at Berklee, he played the double bass and formed the band Blarf with some friends. He later used the Blarf name as a solo act, releasing a self-titled EP in 2014 and the album "Cease & Desist" in 2019. At age 22, Eric took a Birthright trip to Israel.

Career: André's comedy career began in 2003, and he performed stand-up comedy on "Live at Gotham" in 2007 and "Comedy.TV" in 2009. He had a small role in the 2009 Ricky Gervais film "The Invention of Lying," and that year he also guest-starred on two episodes of HBO's "Curb Your Enthusiasm." In 2010, Eric appeared in the documentary "The Awkward Comedy Show," the short film "Thin Skin," and the sitcom "The Big Bang Theory," and he guest-starred on "Zeke and Luther," "Skate Troopers," and "Hot in Cleveland" in 2011. He appeared in the 2012 film "Should've Been Romeo" and co-starred with Vince Vaughn and Owen Wilson in "The Internship" (2013), and from 2012 to 2013, he played Mark Reynolds in 22 episodes of "Don't Trust the B—- in Apartment 23." In 2012, he began hosting "The Eric Andre Show," which the official website describes as "Adult Swim's latest unacceptable foray into late night talk shows." Stand-up comic Hannibal Buress was Eric's sidekick on the show until 2020, and André, who also created the show, has said that he chose Buress because "I knew I was so crazy, I needed somebody just as out there comedically, but opposite in energy to be the voice of reason." 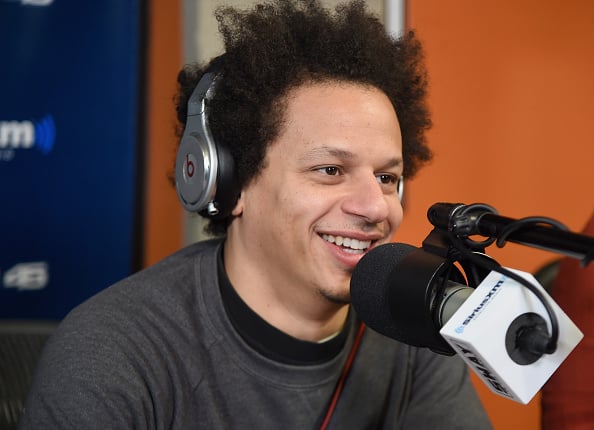 Personal Life: Eric was in a relationship with actress Rosario Dawson from 2016 to 2017, and he reportedly dated "The Fresh Prince of Bel-Air" star Tatyana Ali from 2012 to 2014. In March 2021, André revealed that he was dating a woman he met before the COVID-19 pandemic at a farmer's market. He said that she didn't know he was famous until fans started interrupting their dates to ask Eric to take photos with them.

André identifies as an agnostic atheist, and he practices Transcendental Meditation. In 2020, he endorsed Bernie Sanders in the presidential election and phonebanked for the Sanders campaign.

In April 2021, Eric alleged that he had been the victim of racial profiling at Atlanta's Hartsfield-Jackson International Airport after agents stopped him and asked if they "could search [him] for drugs" as he was attempting to board his flight. André said that he was the only person of color in line at the time, and after the offending party, the Clayton County Police Department, issued a response on social media (that was "full of misinformation," according to Eric), he tweeted, "I did NOT volunteer to a search and I did not volunteer to talk. You guys flashed your badge and detained me with no probable cause except for racism."