Emo Philips net worth: Emo Philips is an American comedian and entertainer who has a net worth of $3 million. Emo Philips was born in Chicago, Illinois in February 1956. Philips is known for his unique delivery using a wandering falsetto tone of voice and a childlike delivery. He has recorded the comedy albums E=mo2 in 1985, Live at the Hasty Pudding Theatre in 1987, Emo in 2001, and E=mo2 plus the Entire Live as the Hasty Pudding Theatre in 2003.

One of Emo's jokes was voted funniest religious joke ever in an online poll in 2005. He was named to E4's 100 Greatest Comedians and was #54 greatest standup according to Channel 4. As an actor Philips starred in the movies Journey to the Center of the Earth, UHF, Meet the Parents, Desperation Boulevard, and Relative Strangers. He also appeared in episodes of the TV series Miami Vice and The Weird Al Show. Philips has also appeared on The Arsenio Hall Show, and Late Night with Conan O'Brien. Emo married comedian Judy Tenuta in 1988 but the couple later divorced. 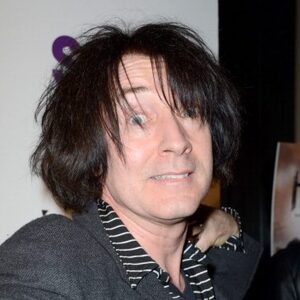