Emmanuel Hudson net worth: Emmanuel Hudson is an American actor and comedian who has a net worth of $500 thousand. He is best known for starring on the television series Wild 'N Out.

Emmanuel Hudson was born in Mississippi in December 1990. He began starring on the TV series Wild 'N Out in 2013. Hudson starred as Nick on the TV series Dead House in 2017. He has appeared in the films Ride Along, What Love Will Make You Do, Savannah Sunrise, #DigitalLivesMatter, Dirty South House Arrest, and Step Sisters. Emmanuel Hudson has appeared in episodes of the TV series Nashville, Blind Basketball, and Mind of EP. He has also appeared in the shorts Lunchtime Warfare and Unfollowed. Hudson wrote, produced, and directed the TV mini-series Mind of EP. He is also known for his YouTube videos with his brother Philip Hudson. Emmanuel Hudson produced or wrote for Down, Snitchin, Blind Basketball, Side Chicks, and more. 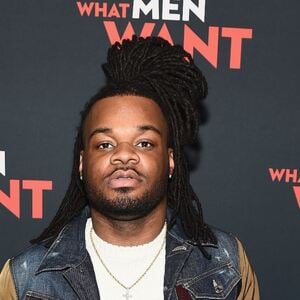