Elon Gold net worth: Elon Gold is an American comedian, actor, writer, and producer who has a net worth of $2 million. He is perhaps best known for starring on the TV series In-Laws and Stacked.

Elon Gold was born in The Bronx, New York City, New York in September 1970. In 1996 he appeared on the television series The Dana Carvey Show. Gold had a recurring role as Mark Weitz on the TV series You're the One in 1998. He also appeared in the TV series Clerks from 2000 to 2001. Elon Gold starred as Matt Landis on the series In-Laws from 2002 to 2003. From 2005 to 2006 he starred as Gavin P. Miller on the television series Stacked. Gold has also appeared in films and episodes of TV series including Ned and Stacey, Restaurant, Diet Merchant, Chappelle's Show, Soccer Mom, Bones, Premature, and more. Gold produced the TV series In-Laws. 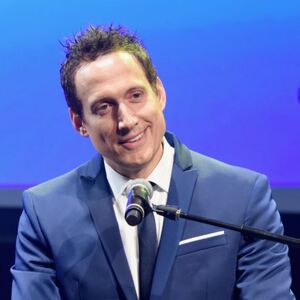