What is Ellen DeGeneres' net worth?

Ellen DeGeneres is an American comedian, actress, writer, producer, and TV personality who has a net worth of $500 million. She is best known for the sitcom "Ellen," which she created and which ran from 1994 to 1998 as well as the syndicated talk show "The Ellen DeGeneres Show," which aired from 2003 through 2021. Her syndicated show made her extraordinarily rich in Hollywood terms. At her peak, Ellen earned around $60 million in salary from the talk show alone.

Ellen DeGeneres was born on January 26, 1958, in Metairie, Louisiana. Her mother Elizabeth was a speech therapist and her father Elliott was an insurance agent. She has a brother named Vance who is a musician and producer. Her parents divorced n 1974 and her mother remarried and moved with her new husband and Ellen from New Orleans to Atlanta, Texas. Ellen graduated from Atlanta High School in 1976 and moved back to New Orleans to attend the University of New Orleans. She dropped out after one semester to take a clerical job at a law firm. She also worked at J.C. Penney, was a waitress at TGIFridays,  house painter, hostess, and bartender.

During the years when Ellen was working all those odd jobs, she also started trying out her stand-up comedy routines at coffee houses and small clubs. By 1981, Ellen was working as the emcee at New Orleans' Clyde's Comedy Club. She began to take her stand-up act on the road nationally in the early 1980s. Showtime named her the Funniest Person in America in 1984. She landed her first regular role on a television show in 1989 on the Fox sitcom "Open House." In 1992, she landed a role on the very short-lived sitcom "Laurie Hill." The producers were so impressed with DeGeneres that she cast her in their next pilot, "These Friends of Mine," on ABC. The show was renamed "Ellen" in its second season. "Ellen's" peak of popularity came in April 1997 when DeGeneres came out as a lesbian on "The Oprah Winfrey Show." Her character on the sitcom also came out at that time, to her therapist, played by Oprah Winfrey. "Ellen" was canceled in May 1998 after ratings declined due to ABC cutting back on promoting the show.

After the cancelation of her sitcom, DeGeneres returned to the stand-up circuit. She reemerged in 2001 with "The Ellen Show," a CBS sitcom that was canceled after 13 episodes. In 2003, she voiced the role of Dory in "Finding Nemo." She reprised that role in 2012's "Finding Dory."

In the fall of 2003, "The Ellen DeGeneres Show" debuted. Today, it is one of the most-watched talk shows on daytime television. In just its first three seasons, the show won 25 Emmy Awards. Ellen celebrated her 100th episode on May 1, 2009. Her 2000th show was in December 2015.

In 2010, DeGeneres became a judge on "American Idol." She replaced Paula Abdul. She left after one season, saying that it "didn't feel like the right fit for me."

Starting in the 2017-2018 television season, DeGeneres began hosting the game show "Ellen's Game of Games" on NBC which expands on games played on her talk show. 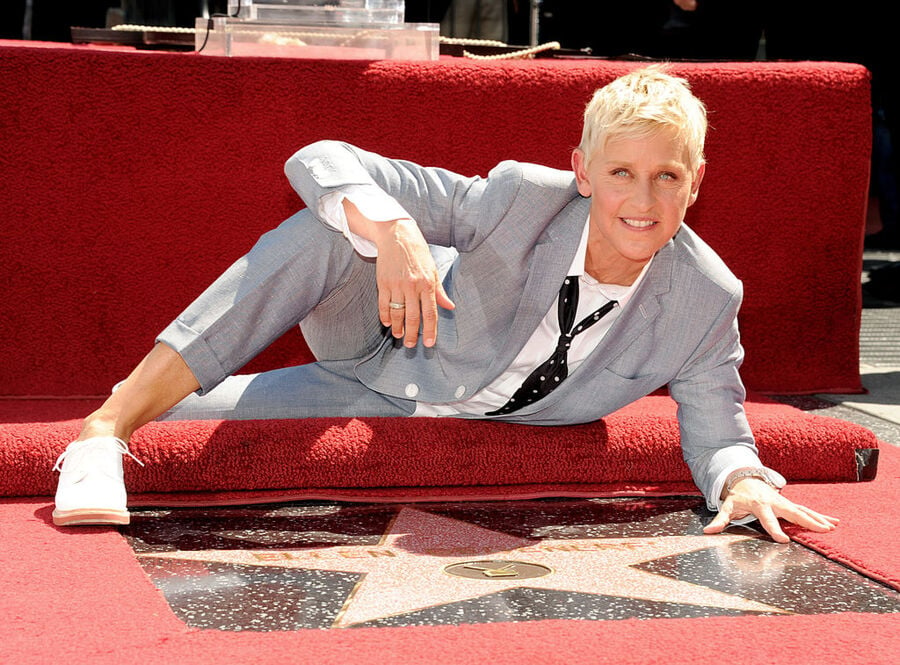 Ellen and Portia are vegans.

In January 2018, for Ellen's 60th birthday  Portia de Rossi gifted Ellen a permanent gorilla home in Rwanda built in her name for the Digit Fund.  This gift was part of a new arm of the Digit Fund now called the Ellen DeGeneres Wildlife Fund.

DeGeneres earns a salary of between $75 million and $90 million every year. For example, between June 2018 and June 2019, Ellen earned $80 million from her various endeavors.

Ellen Degeneres and Portia de Rossi are serial house flippers. The couple has bought and sold more than 20 properties since 2003. In 2019 alone, DeGeneres and de Rossi sold properties for $6.98 million, $15.5 million, and $23 million.

Here's a quick rundown list of their most notable purchases and sales:

2003: DeGeneres bought a home in the Hollywood Hills for $6 million. She sold the four-bedroom, four-and-a-half bathroom property to Will Ferrell three years later for $9 million.

2004: she paid $1.275 million for a midcentury-style Hollywood Hills home nicknamed "the treehouse," due to its 2,000 square feet of outdoor living spaces. She sold the two-bedroom, two-bathroom property for $2.1 million one year later to late actor Heath Ledger.

2007: DeGeneres and de Rossi acquired a mansion in Montecito, California, for $15.75 million. They sold it for $20 million that same year.

2008: the couple paid $29 million for a 9,200-square-foot property in Beverly Hills and then bought the two surrounding homes to incorporate into the estate. They got married at this house.  By 2012, they had sold the compound to Ryan Seacrest for $37 million. That same year, DeGeneres bought a horse ranch in Thousand Oaks, California, for $8.5 million. After renovating the property, she sold it in 2013 for $10.85 million.

2011: the couple bought Brad Pitt's former Malibu home for $12 million. They sold it a year later for $13 million.

2012: they paid almost $40 million for Holmby Hills home called the Brody House and then sold the lavish property for $55 million just six months later to Sean Parker. That same year, the couple shelled out $13.2 million for a pair of adjacent condos in Los Angeles.  Three years later, they sold the residences for $11.85 million.

2015: they bought a four-bedroom, eight-bathroom Beverly Hills villa for $16 million and sold it three years later for $35 million.

2018: they bought a mansion in Beverly Hills for $15 million in 2018. Less than a year later, they said goodbye to the five-bedroom property with a $15.5 million sale. That same year, they paid $6.7 million for a ranch in Santa Barbara. They sold it for $6.98 million a year later to Nickelodeon president Brian Robbins.

In 2018 they also paid $27 million for a Bali-inspired mansion in Montecito, California. Soon after the purchase they paid $1.9 million for a property next door. In October 2020 they listed the property for sale for $40 million. A month later they accepted a $33 million offer.

2019: The couple bought a five-bedroom, 12-bathroom, newly renovated mansion in Beverly Hills from Adam Levine for $45 million. They sold this house in April 2021 for $47 million.

2020: In November, Ellen and Portia bought comedian Dennis Miller's home in Montecito, California for $49 million.  The purchase price of the 4-acre property came close to setting a record for the area.

In September 2021 Ellen and Portia paid $8.5 million for a home in Beverly Hills. Two months later they sold the Dennis Miller property, which they had owned for exactly one year, for $55 million. In other words, they made $6 million holding the property for 12 months. They did not perform any major renovations.

In April 2022 Ellen and Portia paid $13.5 million for yet another home in Montecito. 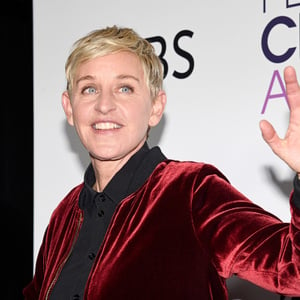