Ellen Cleghorne net worth: Ellen Cleghorne is an American actress and comedian who has a net worth of $500 thousand. Ellen Cleghorne was born in Brooklyn, New York in November 1965. She is best known for being a cast member on the TV series Saturday Night Live and was the second African-American female as a repertory cast member on the show. Cleghorne started off in New York City comedy clubs. She appeared on the TV series Def Comedy Jam and In Living Color and was a cast member on Saturday Night Live from 1991 to 1995. She was known for her recurring character Queen Shenequa and did impressions of Dr. Dre, Florence Griffith Joyner, Gladys Knight, Mary J. Blige, Patti LaBelle, Tina Turner, Woody Allen, Whoopi Goldberg, and more. She had her own television series Cleghorne! in 1995. Cleghorne also starred in the movies Mr. Wrong, Dear God, Rescuing Desire, Armageddon, The Million Dollar Hotel, Coyote Ugly, Little Nicky, Old School, and Grown Ups 2. 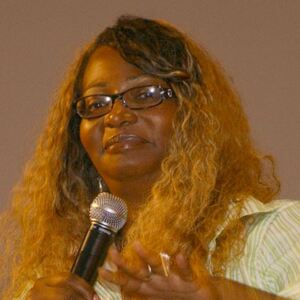