Elayne Boosler net worth: Elayne Boosler is an American comedian who has a net worth of $2 million. Elayne Boosler was born in Brooklyn, New York in August 1952. She worked as a doorman at The Improvisation comedy club where she met Andy Kaufman who convinced her to go into standup comedy.

The two lived together for three years. Boosler was the first female who got her own one hour comedy special on cable in 1986 on Showtime with Party of One. Boosler has appeared on the TV series The Dean Martin Comedy World, The Andy Kaufman Show, Late Night with David Letterman, The Arsenio Hall Show, The Daily Show with Jon Stewart, Politically Incorrect, Late Show with David Letterman, and The Tonight Show Starring Jimmy Fallon. As an actress she has appeared in episodes of the TV series Night Court, The Cosby Show, Dear John USA, Sisters, and Living Single. Boosler has been nominated for three CableACE Awards. She is also known for being an animate rescue advocate. Elayne married former manager of The Doors Bill Siddons in 2007. 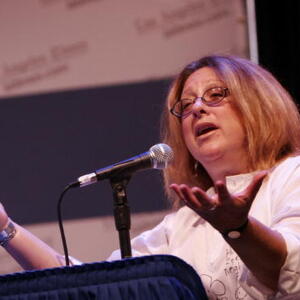