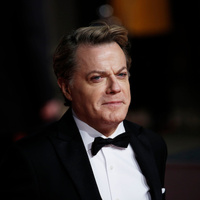 What Is Eddie Izzard's Net Worth?

Eddie Izzard was born Edward John Izzard on February 7, 1962, in, Aden, Yemen. Eddie's parents, Dorothy and Harold, were English, and she has an older brother named Mark. Dorothy was a nurse and midwife, and Harold, an accountant, was working for British Petroleum in Aden when Izzard was born. The family relocated to Ireland when Eddie was a baby, and they lived in Bangor until she was 5 years old. They then moved to Skewen, Wales. Sadly, Dorothy passed away from cancer when Izzard was just 6 years old, and when she was ill, Eddie and Mark occupied their time by building a model railway. In 2016, Izzard donated it to Bexhill Museum in East Sussex. Eddie attended Newton's St John's School, Eastbourne's St Bede's Prep School, and Eastbourne College, then she enrolled at the  University of Sheffield to study drama. Izzard has said that as a child, she knew she was transgender after seeing a video of girls forcing their brother to wear a dress. She stated, "I must have been four or five, and there was laughter, mocking. I remember thinking, 'That sounds pretty good to me, I'd be quite happy to be a girl, what's going on there?'"

When Eddie was at university, she began performing comedy on the street with her friend Rob Ballard, and in the early '80s, she was a street performer in the U.S. and Europe. Izzard later started performing at Britain's stand-up comedy venues, beginning with London's Banana Cabaret. In 1989, she opened her own comedy club, Raging Bull, at Raymond's Revue Bar in Soho. Eddie had her breakthrough when she performed for the 1991 Hysteria 3 AIDS benefit, which was televised. Izzard speaks French fluently, and she has performed comedy in French, German, Spanish, Arabic, and Russian. In 1994, she played the lead role in a West End production of David Mamet's "The Cryptogram," followed by a starring turn in a 1995 production of Christopher Marlowe's "Edward II." Izzard appeared in the TV movies "Open Fire" (1994) and "Aristophanes: The Gods are Laughing" (1995) and the films "The Oncoming Storm" (1995), "The Secret Agent" (1996), "Velvet Goldmine" (1998), "The Avengers" (1998), and "The Criminal" (1999), and she guest-starred on "Tales from the Crypt" in 1996. In 1999, she co-starred with Ben Stiller, Hank Azaria, William H. Macy, and Janeane Garofalo in the superhero comedy "Mystery Men" and portrayed Lenny Bruce in a production of Julian Barry's "Lenny." 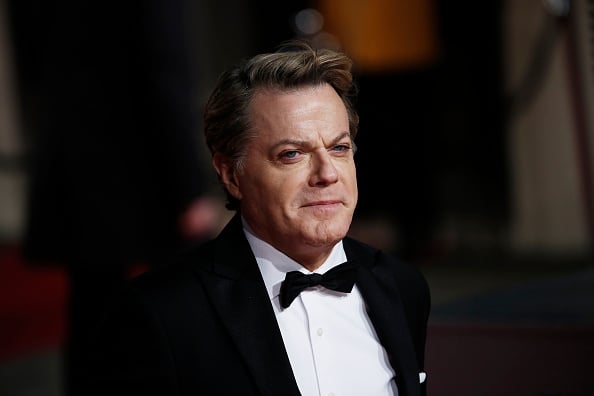 Eddie is a "spiritual atheist" and she has said, "I don't believe in the guy upstairs, I believe in us." She dated singer Sarah Townsend, who she met at the 1989 Edinburgh Festival, and Townsend wrote, directed, and produced the 2009 documentary "Believe: The Eddie Izzard Story." Izzard is a supporter of Crystal Palace FC and became an associate director for the team in 2012. Eddie has described herself as "somewhat boy-ish and somewhat girl-ish," and in 2020, she said that she preferred "she/her" pronouns and wanted "to be based in girl mode from now on." Izzard previously identified as a transvestite and began cross-dressing in public in her early twenties. She told "Interview" magazine in 2014, "I wear whatever I want whenever I want. I don't call it drag; I don't even call it cross-dressing. It's just wearing a dress."

Eddie has received honorary doctorates from the University of East Anglia, Norwich (2003), University of Sheffield (2006), University of Sunderland (2012), and York St John University (2018), and in 2010, she was elected the Sheffield Students' Union Honorary President. In 2009, Izzard ran 43 marathons in 51 days with just five weeks of training to raise funds for the U.K. charity Sport Relief and won a BBC Sports Personality of the Year award. In 2016, she ran 27 marathons in 27 days, raising over £1.35M for the charity. In late 2020, Eddie announced "Make Humanity Great Again: A Run For Hope," in which she would attempt to run a marathon and perform a stand-up comedy gig every day in January 2021 to benefit charities such as Care International, Covenant House, and Walking With The Wounded. The month-long event raised more than £275,000. After unsuccessfully running for a seat on the Labour Party's National Executive Committee in 2016 and 2018, Izzard briefly replaced Christine Shawcroft, who resigned in March 2018.

Izzard earned three Primetime Emmy nominations for "Eddie Izzard: Dress to Kill" in 2000, winning Outstanding Individual Performance in a Variety or Music Program and Outstanding Writing for a Variety, Music or Comedy Program. Her other nomination was for Outstanding Variety, Music or Comedy Special. In 2012, Eddie won an International Emmy for Kids: TV Movie/Mini-Series for "Lost Christmas," and the following year, she was honored with an Outstanding Lifetime Achievement Award in Cultural Humanism from the American Humanist Association, the Harvard Community of Humanists, Atheists, and Agnostics, and the Humanist Community at Harvard. In 2005, she earned a Webby Award nomination for Websites – Celebrity/Fan, and in 2007, she received a Satellite Award nomination for Best Actor in a Series, Drama for "The Riches" and a Teen Choice Award nomination for Choice Movie: Chemistry with her "Ocean's Thirteen" castmates.

In 2008, "The Riches" earned Izzard an Astra Award nomination for Favourite International Personality or Actor, and in 2010, she received a Gold Derby Award nomination for Variety Performance of the Decade for "Eddie Izzard: Dress to Kill." In 2018, Eddie was nominated for an Achievement Award in Comedy Social Impact at the Legionnaires of Laughter Legacy Awards. For her stage work, Izzard won a Drama Desk Award and Outer Critics Circle Award for Outstanding Actor in a Play for "A Day in the Death of Joe Egg" in 2003 and a Theatre World Special Award in 1998. She also received a Drama Desk Award nomination for Outstanding Solo Performance in 1997.