What is Eddie Deezen's net worth?

Eddie Deezen is an American actor, comedian, and voice over artist who has a net worth of $5 thousand dollars. He is best known for playing Eugene Felsnic in the 1978 film "Grease" as well as the 1982 sequel.

Eddie Deezen was born in Cumberland, Maryland, and knew early on that he wanted to pursue a career in comedy. He moved to Hollywood immediately after graduating from high school in order to become a stand-up comic, but he eventually shifted his focus to acting. The first role he booked was in a project that eventually became one of the most enduring films ever made. He was cast as Eugene in the big screen adaptation of the musical, "Grease". Since then, he has gone on to appear in such projects as, "Midnight Madness", "Grease 2", "WarGames", "Million Dollar Mystery", "Mob Boss", "Teenage Exorcist", and "Spy Hard". As a voice over artist, he has provided voice work for such projects as, "Rock-a-Doodle", "The Brave Little Toaster to the Rescue", and "The Polar Express".

In recent years Eddie has faced a number of legal issues. In April 2022 he was arrested in Maryland for trespassing at a private nursing facility.

In September 2021 he was arrested at a restaurant in Maryland and ultimately charged with second-degree assault, disorderly conduct and trespassing. 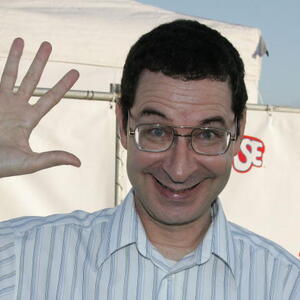