What was Ed McMahon's Net Worth and Salary?

Ed McMahon was an American announcer, comedian, game show host, actor, comedian, and singer who had a net worth of -$2 million at the time of his death in 2009. Ed McMahon was best known for his 30-year tenure as Johnny Carson's sidekick on "The Tonight Show Starring Johnny Carson," from 1962 to 1992. Additionally, he hosted or cohosted such television programs as "Star Search," "TV's Bloopers & Practical Jokes," and the annual "Jerry Lewis MDA Telethon." On the big screen, McMahon appeared in such films as "Fun with Dick and Jane" and "Butterfly." In 1986 he received a star on the Hollywood Walk of Fame for Television at 7000 Hollywood Blvd. McMahon also served in the United States Marine Corps and achieved the rank of Colonel. Ed McMahon passed away on June 23, 2009 at 86 years old.

In June 2008, Ed revealed that he was $640,000 underwater on a $4.8 million mortgage and was facing foreclosure. The McMahons revealed to Larry King that they were actually not even millionaires toward the end of Ed's life due to bad investments and a divorce. Ultimately their home was burdened with $6-7 million worth of debt.

At one point Donald Trump stepped forward and announced his intention to save the home from foreclosure so the McMahons could live out the rest of their lives in peace. Ultimately he did not actually step in and do anything for the McMahons. Ultimately, a different family friend supported the McMahons towards the end so they could stay in their home, renting it back to them at a nominal monthly fee.

Ed McMahon was born on March 6, 1923 in Detroit, Michigan to Ed Sr. and Eleanor. He was brought up in Lowell, Massachusetts, where he frequently visited his aunt Mary. As a teen, McMahon served for three years as a carnival barker in Mexico, Maine, and then became a bingo caller.

From 1940 to 1941, McMahon went to Boston College with the hopes of becoming a fighter pilot with the US Marine Corps; at the time, the Army and Navy required pilots to attend at least two years of college. Following his completion of this requirement, McMahon started flight training in Dallas, and then did fighter training in Pensacola. He went on to become a flight instructor for F4U Corsair fighters. Although he was ordered to the Pacific Fleet in 1945, he didn't end up going due to the atomic bomb attacks on Japan. Later, during the Korean War, McMahon was recalled to active duty. Flying an OE-1 spotter plane, he flew 85 combat missions and received six Air Medals. Meanwhile, thanks to the GI Bill, he went to the Catholic University of America, graduating in 1949.

McMahon had his first broadcasting job in Lowell, Massachusetts, where he worked at the commercial radio station WLLH-AM. He later began his television career at WCAU-TV in Philadelphia. McMahon first gained national attention in 1958, when he became the announcer on the ABC television game show "Who Do You Trust?" The show was hosted by Johnny Carson, marking the first collaboration between Carson and McMahon. 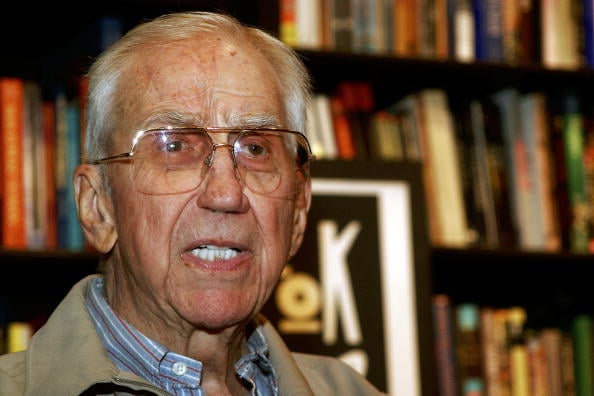 Following their partnership on "Who Do You Trust?," McMahon and Carson reunited in 1962 for the late-night talk show "The Tonight Show Starring Johnny Carson." McMahon served as the program's announcer and Carson's sidekick, famously introducing each episode with a protracted call of "Heeeeeeeeere's Johnny!" He also became known for his resonant voice and pervasive laughter, earning him the sobriquet the "Human Laugh Track." McMahon appeared as Carson's trusty, gregarious sidekick for 30 years through the conclusion of the show in 1992.

McMahon filled a number of other high-profile television roles during his tenure on "The Tonight Show Starring Johnny Carson." One of the biggest was on the weekly syndicated competition series "Star Search." McMahon served as the host of the show during its original run from 1983 to 1995. On the show, contestants competed in such categories as Dance, Group Vocal, Male Singer, Female Singer, and Comedy, with the acts being judged by a panel. The seasons of "Star Search" hosted by McMahon launched the careers of numerous well-known artists; winners included singers Tracie Spencer, Alisan Porter, LeAnn Rimes, and Billy Porter; and comedians Brad Garrett, John Kassir, and Taylor Mason. Other famous contestants on the show included Aaliyah, Adam Sandler, Pitbull, Britney Spears, Christina Aguilera, Dennis Miller, Kevin James, Sinbad, and Alanis Morissette. In 2003, McMahon made a cameo appearance on the CBS revival of "Star Search."

Elsewhere on television, McMahon served as an announcer on the "Jerry Lewis MDA Telethon," a long-running annual Labor Day weekend live event. The program, which ran from 1966 to 2010, worked to raise money for the Muscular Dystrophy Association. McMahon was an announcer on the telethon from 1973 to 2008. In other presenting roles, McMahon cohosted the NBC series "TV's Bloopers & Practical Jokes" with Dick Clark from 1982 to 1993.

On the big screen, McMahon appeared in the ensemble cast of the 1967 film "The Incident." He later had a memorable supporting role in the 1977 comedy "Fun with Dick and Jane," in which he played the boss of George Segal's Dick Harper. McMahon's other film credits include the 1981 horror comedy "Full Moon High" and the crime drama "Butterfly," as well as the 1999 documentary "Pitch People."

Starting in the early 2000s, McMahon took on a series of endorsement roles. He appeared in commercials for FreeCreditReport.com, Cash4Gold, and Pride Mobility. Notably, McMahon served as the spokesperson for Colonial Penn Life Insurance in the 80s and 90s.

In 1945, McMahon wed his first wife, Alyce Ferrell. Together, they had four children named Claudia, Michael, Linda, and Jeffrey. The couple separated in 1972 before divorcing in 1974. Next, in 1976, McMahon married Victoria Valentine; they adopted a daughter named Katherine, and eventually divorced in 1989. McMahon married his third and final wife, the 32-years-his-junior Pamela Hurn, in 1992. The pair had a son named Alex.

McMahon suffered an injury after falling in 2007. The following year, it was announced that he was in the process of recovering from a broken neck and subsequent surgeries. McMahon went on to sue the hospital where he was treated for fraud, elder abuse, emotional distress, and bungling his neck surgeries. In early 2009, it was announced that McMahon was in serious condition at another hospital; he later passed away at the Ronald Reagan UCLA Medical Center in June at the age of 86. 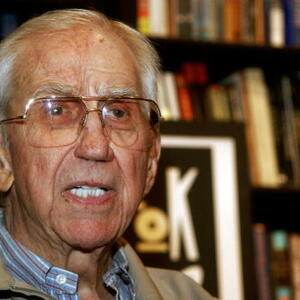