How much is Ed Byrne Worth?

Ed Byrne net worth: Ed Byrne is an Irish stand-up comedian, actor, and voice actor who has a net worth of $6 million. Ed Byrne was born in Swords, Dublin, Ireland in April 1972. As an actor he had recurring roles as Alex in the television series Sam's Game in 2001 and as Barry Cassidy on the TV series The Cassidys in 2001. Byrne has appeared in the films Rat, Are You Ready for Love?, I Could Never Be Your Woman, Don't Look at Me (I'm Ugly in the Morning), and Round Ireland with a Fridge. He has appeared on several TV series including Mock the Week and presented the series Uncut! Best Unseen Ads and Just for Laughs. Byrne starred as Aladdin on the 2000 ITV adaption of the film. Byrne authored the book Sit-Down Comedy in 2003 and has starred on the stand-up DVDs Pedantic and Whimsical in 2006, Different Class in 2009, and Crowd Pleaser in 2011. 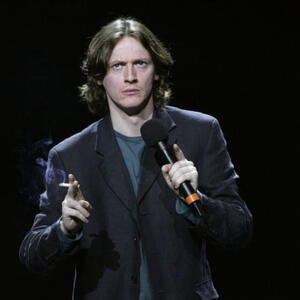