Dudley Moore net worth: Dudley Moore was an English actor, comedian, musician, and composer who had a net worth of $25 million at the time of his death in 2002 (adjusting for inflation). Dudley Moore was born in Charing Cross, London, England in April 1935 and passed away in March 2002. He was a writer and performer in the comedy revue Beyond the Fringe along with Peter Cook.

Moore later moved to Los Angeles, California. From 1965 to 1970 he starred on the television series Not Only… But Also!. He starred on the TV series Dudley in 1993 and voiced the role of Oscar on the series Oscar's Orchestra in 1995. Dudley Moore appeared in several films and episodes of TV series including The Third Albi, Bedazzled, Monte Carlo or Bust!, Alice's Adventures in Wonderland, Foul Play, The Hound of the Baskervilles, The Muppet Show, Arthur, Santa Claus: The Movie, The Adventures of Milo and Otis, and more. Moore won Gold Globe Awards in 1982 for Arthur and in 1985 for Micki + Maude. He was nominated for an Academy Award in 1982 for Arthur and received a star on the Hollywood Walk of Fame at 7000 Hollywood Blvd. He was married four times including to Suzy Kendall and Tuesday Weld. Dudley Moore passed away on March 27, 2002 at 66 years old. 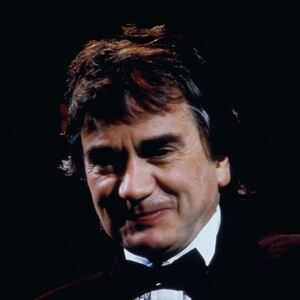