What is Drew Carey's Net Worth and Salary?

Drew Carey is an American actor, comedian and television host who has a net worth of $165 million. Drew Carey is most widely recognized for his role on "The Drew Carey Show", and as the host of "The Price is Right". During his time on The Drew Carey Show, he was one of the highest-paid entertainers in the world, earning the inflation-adjusted equivalent of $1 million per episode.

The Price is Right Salary

Drew earns $12.5 million per year hosting "Price". That's enough to make him one of 20 highest-paid TV hosts in the world.

Drew Allison Carey was born on May 23, 1958, and was raised in Cleveland, Ohio, as the youngest of three songs. His father passed away from a heart attack when he was eight years old. He graduated from James Ford Rhodes High School in 1975, where he played the trumpet in the marching band. He continued his education at Kent State University, where he was expelled twice for poor academic performance, eventually leaving the college after three years and enlisting in the United States Marine Corps Reserve in 1980. As a Marine, he served for six years as a field radio operator in Ohio.

He began his comedy career in 1985 after his friend David Lawrence suggested he borrow books from the library on how to write jokes. In 1986, he became Master of Ceremonies at the Cleveland Comedy Club after winning an open mic contest. Over the next few years, his performed at comedy clubs in Cleveland and Los Angeles.

Carey first gained national recognition as a comedian when he appeared on the 1988 show "Star Search," followed by appearances on show such as "The Tonight Show Starring Johnny Carson" and "Late Night with David Letterman." His first stand-up comedy special, "Drew Carey: Human Cartoon," aired on Showtime in 1994 and won him a CableACE Award for Best Writing. His success in stand-up comedy helped him land supporting roles on television shows and films such as "Coneheads" (1993) and the sitcom "The Good Life" (1994).

Together with writer Bruce Helford, Carey developed the storyline for "The Drew Carey Show," a sitcom that revolved around a fictionalized version of Carey. It premiered on ABC in September 1995. It enjoyed high ratings for its first few seasons, however was eventually cancelled due to declining ratings and increasing production costs (around $3 million per episode). Over its nine-year run, it had a total of 233 episodes. 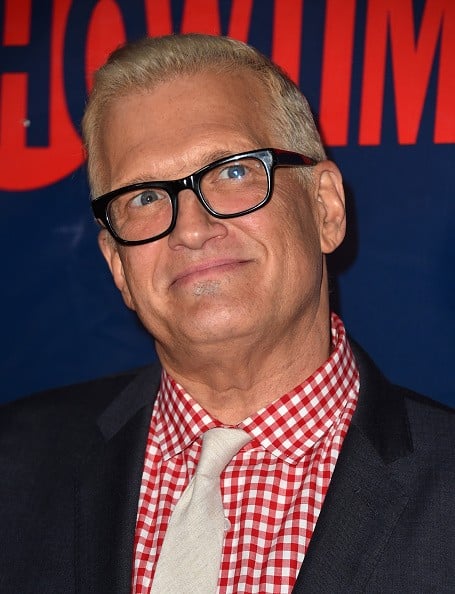 While starring in "The Drew Carey Show," he also began taking part in other projects, including the improvisational comedy show "Whose Line Is It Anyway?" in 1998. On the show, he played a combination role of host and participant; he announced the improv guests, directed the games, and usually would participate in the final game of each episode. The show ran for 220 episodes until it was cancelled in 2006. He also co-produced and starred in "Drew Carey's Green Screen Show," a spin-off of "Whose Line?," which was picked up by Comedy Central despite initially being cancelled by the WB. He continued to build off his "Whose Line?" success, hosting the primetime improv show "Drew Carey's Improv-A-Ganza," which was filmed at the MGM Grand in Las Vegas, Nevada. It took on the premise of "Whose Line?" and featured many of the same performers from the original show performing improv based on audience-provided suggestions.

At his peak, Drew Carey was one of the highest-paid entertainers in the world. In 1998 alone he earned $45 million from his various endeavors. That's the same as around $70 million today after adjusting for inflation. Between 2001 and 2004 he earned $750,000 per episode of "The Drew Carey Show." That's the same as earning around $1 million per episode today. He filmed 79 episodes at that rate, which works out to $59,250,000 (before inflation) for those last three seasons. He earns $12.5 million per year hosting "The Price is Right." That's enough to make him one of 20 highest-paid TV hosts in the world. 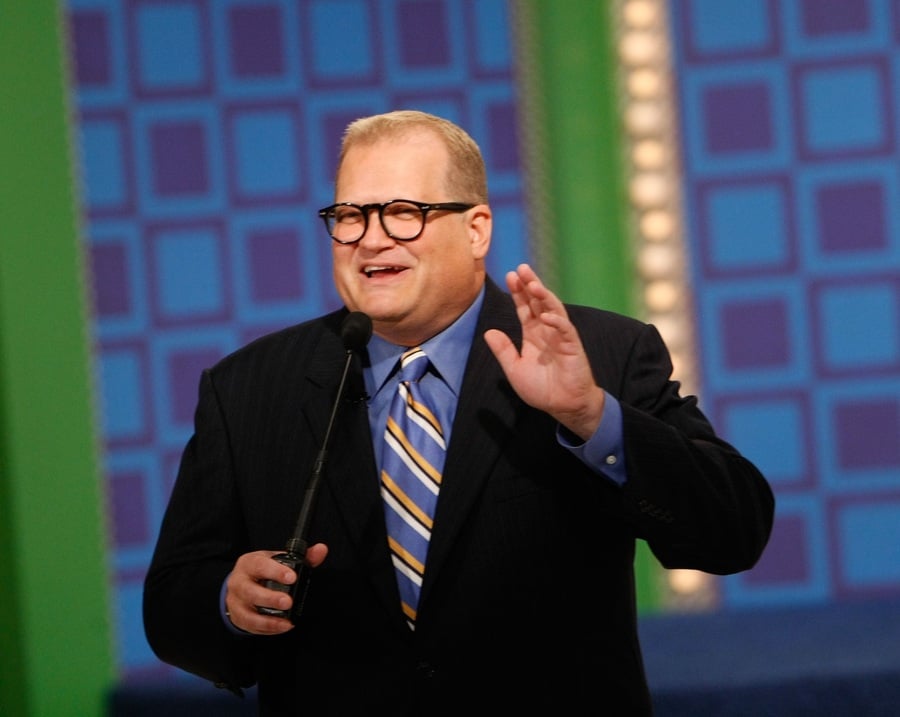 Carey first began hosting game shows in 2007, his first gig being the CBS game show pilot "Power of 10" (August 2007-January 2008). He was contacted by CBS about the opportunity to replace Bob Barker as host of "The Price Is Right" after taping the pilot episode of "Power of 10." He taped his first "The Price" episode in August 2007, and the episodes began airing in October 2007. Carey celebrated his ten-year anniversary as host of the show in 2017, becoming only the second host alongside Bob Barker to celebrate the achievement.

Business Ventures and Other Pursuits

Carey first began appearing in commercials in the late 1990s. His two-year contract with A&W Food Services of Canada was cut short in November 1998 after an episode of "The Drew Carey Show" featured McDonald's, and Carey sued the corporation for compensation. In 1999, Disney's Hollywood Studios (part of the Walt Disney World Resort in Florida) debuted an attraction "Sounds Dangerous!" that featured Carey. Additionally, he also published his autobiography "Dirty Jokes and Beer: Stories of the Unrefined" in 1997.

Drew Carey was an early investor in the Seatle Sounders F.C. Major League Soccer team. He owns 7.5% of the team, having purchased his stake for an undisclosed amount around the team's inception. In June 2022, a new investor purchased a 3 to 5% stake in the Sounders from one of the other partners. This new unnamed investor bought their stake at a reported $680 million overall team valuation. At that level Drew Carey's 7.5% stake was worth $51 million.

He was previously engaged to Nicole Jaracz from 2007 to 2012, and announced his engagement to sex therapist Amie Harwick January 2018, although the couple ended their engagement later that year in November.

His impressive net worth is the result of many years in comedy. In addition to his success in television comedy and in the world of game shows, Carey is also famous for his activism toward the cause of public libraries. He often donates time and money to keeping the libraries open and operational. Carey, in a somewhat counter-intuitive move due to his interest in libraries, is also an outspoken member of the Libertarian party, which has called for limited government and lower taxes. But, in the eyes of most of the viewing public, he remains lovable old Drew, with his trademark spectacles and slightly nervous onscreen persona.