What Is Doug Stanhope's Net Worth?

Doug Stanhope was born Douglas Gene Stanhope on March 25, 1967, in Worcester, Massachusetts. His mother, Bonnie, worked as a waitress, and his father, Russ (who passed away in 2000), was the head of the science department at Doug's school. Stanhope has an older brother named Jeff. Bonnie was an alcoholic, but when Doug was 10 years old, she divorced Russ, gave up alcohol, and moved to Florida. In Bonnie's later years, she suffered from emphysema, and in 2008, she asked Stanhope to end her suffering with a mixture of alcohol and morphine. When Doug was 12, his school psychiatrist suggested to Bonnie that Stanhope was "in need of professional help" because of the bloody limbs and adult cartoons he enjoyed sketching. He dropped out of high school at age 15, and found work as a telemarketer before he began doing comedy full-time. After leaving Worcester, Doug spent six months living in Los Angeles, then moved a few more times before settling in Las Vegas.

In 1990, Stanhope began performing stand-up comedy at the age of 23, starting with an open mic night at a bar in Las Vegas. He later moved to Phoenix, Arizona, and was hired as the house MC at a comedy club. He moved to West Hollywood in 1995 and regularly performed at The Comedy Store and the Hollywood Improv. After landing a development deal, Doug co-wrote a pilot with a writer who had worked on "The Mary Tyler Moore Show," but it was not picked up. He won the San Francisco International Comedy Competition in 1995, and he released his first comedy album, "The Great White Stanhope," three years later. After the September 11th terrorist attacks, Stanhope made some comments that resulted in people protesting outside of his shows and attacking him onstage. In 2001, Doug starred in his own "Comedy Central Presents" special, and the following year, he appeared on Fox's "Invasion of the Hidden Cameras" and released the album "Die Laughing" and the DVD "Doug Stanhope: Word of Mouth." He hosted "The Man Show" with Joe Rogan during the show's fifth and sixth seasons, and in 2005, he got his own SIRIUS Satellite Radio show and appeared in "The Aristocrats." 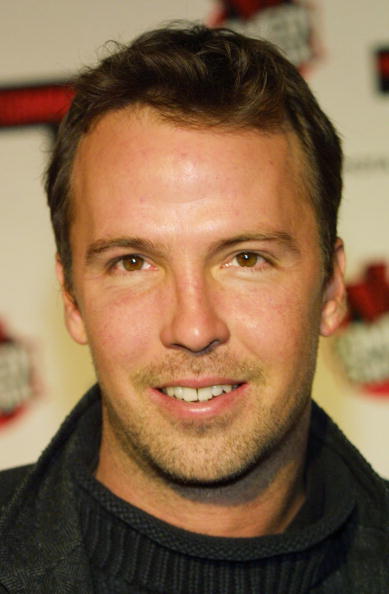 Stanhope formed the comedy group The Unbookables" with touring comics such as Brendon Walsh and Andy Andrist, and they released the album "Morbid Obscenity" in 2006. That year several of his dates at the Cat Laughs Comedy Festival in Ireland were cancelled after he made a joke about Irish men committing pedophilia due to Irish women being unattractive. The London newspaper "The Guardian" ranked Doug's live show in the top five in its "20 Best Live Shows of 2009" list, and he appeared in vignettes on the British show "Newswipe with Charlie Brooker" in 2010 and "Charlie Brooker's Weekly Wipe" in 2013. In 2010, he signed with the record label Roadrunner Records, which was primarily known for rock and heavy metal music, to launch the comedy label Roadrunner Comedy, and he released the album "Oslo: Burning The Bridge To Nowhere" in 2011. Also in 2011, Stanhope performed at Litla-Hraun, the only maximum security prison in Iceland, and he guest-starred on the FX series "Louie." He released the comedy special and album "Before Turning the Gun on Himself" in 2012, followed by 2013's "Beer Hall Putsch" and 2016's "No Place Like Home." All three albums reached #1 on the "Billboard" Comedy Albums chart. He followed the success of those albums with the digital releases "Popov Vodka Presents: An Evening with Doug Stanhope" in 2017 and "The Dying Of A Last Breed" in 2020. Around this time, he also appeared in the documentaries "Hope on Top: A Mitch Hedberg Oral History" (2020) and "Too Soon: Comedy After 9/11" (2021).

In 2002, Doug and his then-girlfriend, Renee Morrison, staged a Las Vegas marriage ceremony "mocking the institution of marriage," and at one point during their relationship, they were expecting a baby. They decided that abortion was the best choice for them, and Stanhope also underwent a vasectomy. Doug dated comedian Betsy Wise for 18 months, and he has been in a relationship with Amy "Bingo" Bingaman since 2005. Doug has referred to himself as a drunk, and in a 2011 interview with "Such Small Portions," he said that he hadn't done a stand-up comedy show sober since 2003. Stanhope was formerly a libertarian, but in 2017, he said that it was "just a phase [he] went through." When asked about his political views in a 2012 interview with "The List," Doug responded, "I'm kind of an anarchist, just in a quiet way." In 2013, he spoke at a City Council Meeting in Bisbee, Arizona (where he has lived since 2005) to express support for civil unions between same-sex couples, stating, "I am not gay and I think marriage is stupid. I have no dog in this fight except human equality." That year Stanhope also started a fundraiser for a family whose home was destroyed by a tornado in Moore, Oklahoma, and raised more than $125,000.

In 2012, Stanhope earned a Gold Derby Award nomination for Comedy Guest Actor for "Louie." At the 2002 Edinburgh Festival Fringe, he won the Strathmore Press Award, which was voted on by 40 members of the British press. "Time Out New York" has honored Doug with the Best Comedy Performance award twice. 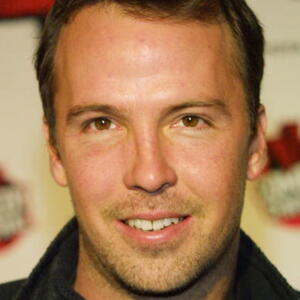