What is Doug Benson's Net Worth?

Doug Benson is an American actor and comedian who has a net worth of $4 million. He is known for his work as a stand-up comedian, but he has also appeared in a wide range of television programs and films. These include shows like "Getting Doug High," "Comedy Central Presents," "Best Week Ever," "Trailer Park Boys," "Last Comic Standing," and "The High Court with Doug Benson." In addition, he is known for his starring role in the documentary "Super High Me." Benson is also quite active in the podcast world, having hosted podcasts such as "Doug Loves Movies," "Getting Doug with High," and "The Benson Interruption."

Douglas Steven Benson was born on July 2nd of 1962 in San Diego, California. He was raised in a Methodist household by a pharmacy clerk and a salesman. From a young age, Benson struggled with vertigo and poor depth perception. During his high school years, Doug quickly became interested in drama and created his own 8 mm movies with his friends. After graduating, he attended Grossmont College in El Cajon before relocating to Los Angeles to pursue an acting career.

Doug's comedy career began when he started doing stand-up comedy as a dare in Los Angeles. He got a few laughs during his first show, and this prompted him to start performing regularly as a stand-up comic by the age of 22. Although Benson is known today for his love for marijuana, he didn't actually start smoking weed until the age of 28. His first experiences with the drug were alongside comics like Brian Posehn and Greg Proops after shows. It's worth pointing out that throughout the 80s, Benson worked as an extra in a number of films, including "Blade Runner" and "Fast Times at Ridgemont High."

During this period, Benson also started appearing in his first television shows. These included "The A-List" and "Two Drink Minimum," both of which were aired on Comedy Central. He also appeared in shows like "The TV Wheel" and MTV's "Trashed." By this point, marijuana started to become a central aspect of many of his shows, including "The Marijuana-Logues." In the 90s, he booked small roles on the HBO show "Mr. Show with Bob and David." As the years went by, he also booked small roles on shows like "Curb Your Enthusiasm," "How I Met Your Mother," "The Sarah Silverman Program," "Yes, Dear," and "Friends." 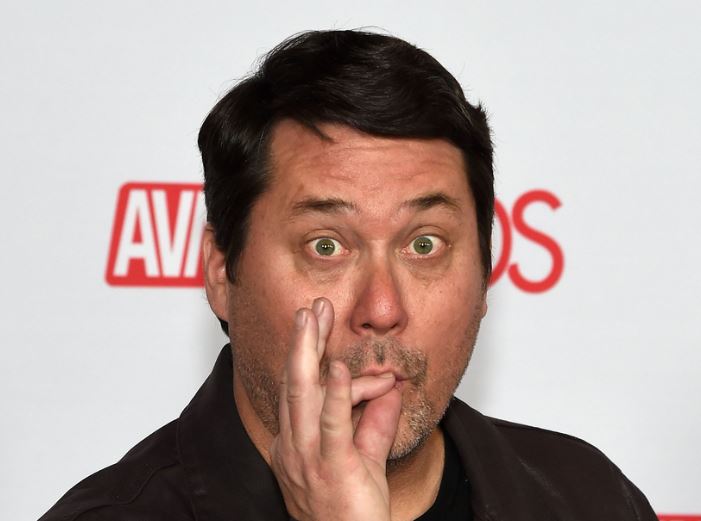 During the 2000s, Benson appeared regularly on "Best Week Ever" and "Comedy Central Presents." In 2006, he started the podcast "Doug Loves Movies." This podcast is recorded in front of a live audience in Los Angeles, and it features various forms of trivia and games related to movies. Doug later went on to create "The Benson Interruption," another podcast. He is also a regular guest on podcasts created by other comics. In addition, he runs his own talk show on YouTube entitled "Getting Doug with High." This show features live guests smoking marijuana alongside Benson.

Another notable creation of Benson's is "The High Court with Doug Benson." This involves real legal cases that are presided by Doug, who is high on marijuana. This show first premiered in 2017 on Comedy Central. It also features a guest bailiff, who is usually a celebrity of some kind.

In 2008, Doug Benson was the protagonist in the documentary "Super High Me." Based on the overall premise of the documentary "Super Size Me," this film features Doug not smoking weed for 30 days and then smoking as much weed as possible for the next 30 days. At the end of the movie, the effect of weed on Doug's health is considered, with the conclusion that it did little to no harm to him. Years later, it was reported that Benson was suing the creators of the film because they wanted to create a sequel.

In 2009, Benson was involved in the so-called "Red Eye Incident" along with Fox News host Greg Gutfeld. Benson was Gutfeld's guest on his show, and the host made a joke about the Canadian Armed Forces "taking a break" after their mission in Afghanistan came to a close in 2011. Gutfeld remarked that he "didn't even know they were in the war," to which Benson added that Canada was where you went if "you don't want to fight." Gutfeld then followed up by jokingly suggesting that it was the perfect time to invade Canada.

The segment ultimately proved to be in poor taste, as just days earlier four Canadian soldiers had been killed in Afghanistan. In addition, Canada was actually in command of the NATO mission in the Kandahar Province at the time, and this region was widely known for having the fiercest fighting and the highest casualty rates. The Canadian Defense Minister demanded that Fox apologize for its remarks.

Benson experienced very real consequences for his own comments. He was scheduled to appear at a stand-up event in Edmonton, Canada in 2009, but his shows had to be canceled as a result of the controversy. This was done not as punishment for Doug, but rather for his own safety. The owner of the comedy club had received threats from various individuals who promised that Benson would be harmed if he attended the event.

Later, Benson apologized for her comments, stating that they were ignorant and "completely out of line." He also vowed never to appear on Greg Gutfeld's show ever again.