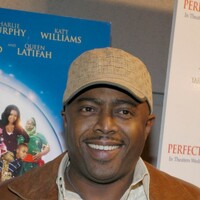 What Is Donnell Rawlings' Net Worth?

Donnell Rawlings was born Donnell M. Rawlings on December 6, 1968, in Washington, D.C. Donnell was raised by his mother, Joyce, in Alexandria, Virginia, and he studied at T.C. Williams High School. While serving in the U.S. Air Force in the late '80s and early '90s, Rawlings was stationed at Washington, D.C.'s Bolling Air Force Base and in South Korea.

Donnell made his acting debut in a 1998 episode of "Law & Order," and his first film was 1999's "Fever." He then appeared in the short film "Knights of the Heights" (2000), the miniseries "The Corner" (2000), and the feature films "Kings County" (2003) and "Brotherly Love" (2003). In 2002, Rawlings began a four-episode stint as Damien 'Day-Day' Price on "The Wire," then he guest-starred on "Third Watch" and "Law & Order: Criminal Intent" in 2003. From 2003 to 2004, he starred on "Chappelle's Show," and his catchphrase, "I'm rich, biaaaaatch!," was featured at the end of each episode. Donnell was known for characters such as Beautiful and Ashy Larry, and he appeared as Beautiful on "Saturday Night Live" when Dave Chappelle hosted in 2016. "Chappelle's Show" won a BET Comedy Award for Outstanding Comedy Variety Series and earned a Primetime Emmy nomination for Outstanding Variety, Music or Comedy Series. In 2004, Rawlings played Pizza 'Heist' Witness in the hit film "Spider-Man 2," which grossed $789 million at the box office, and he appeared on "Midnight Spike's House Brew" and "Super Secret Movie Rules." 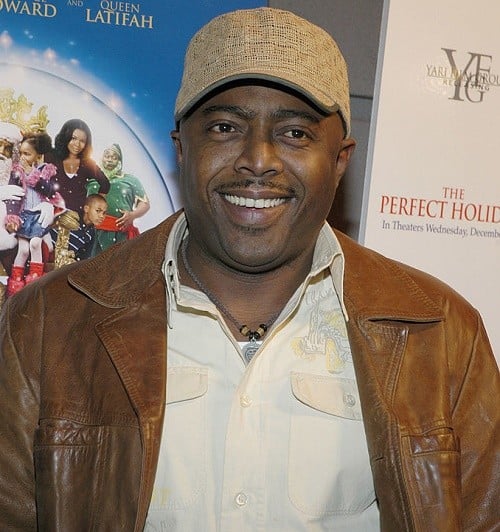 Donnell starred on the 2014 series "Step 9," and in 2015, he appeared in the films "American Dirtbags" and "T-Robe: Based on a True Story." He guest-starred on "Black Jesus" (2015) and "The 5th Quarter" (2016), and from 2016 to 2017, he starred on the reality show "Project Dad." He appeared in "The Last Film Festival" (2016), "All Def Digital's Roast of America" (2016), "Hollyweed" (2018), and "Inside the Rain" (2019), and he played a  SWAT Captain in 2019's "Jay and Silent Bob Reboot." Rawlings starred as GioVanni on the 2018 series "Rich Africans," and in 2019, he guest-starred on "The Last O.G." alongside Tracy Morgan and Tiffany Haddish and appeared on "Historical Roasts," "The D.L. Hughley Show," "Lights Out with David Spade," "Laff Mobb's Laff Tracks," and "The Degenerates." That year he also played Crackhead Carl on the Netflix series "It's Bruno!," which earned a Primetime Emmy nomination for Outstanding Short Form Comedy or Drama Series. In 2020, Donnell appeared in "Mo'Nique & Friends: Live from Atlanta," "Def Comedy Jam Healing Through Laughter," and "The Cabin with Bert Kreischer," and he voiced Dez the barber in the computer-animated film "Soul." In 2021, Rawlings had a recurring role as Dwayne on BET's "Twenties" and appeared in the documentaries "Patrice O'Neal: Killing Is Easy" and "Bitchin': The Sound and Fury of Rick James." In 2022, played Mr. Earl on the HBO series "Winning Time: The Rise of the Lakers Dynasty."

In August 2015, Donnell and Stephanie George welcomed a son, Austen Donnell Rawlings. Donnell has a dog named Maggy, and she has her own Instagram profile, @maggyriversrawlings. During a November 2020 appearance on "The Joe Rogan Experience," Rawlings said that he was shot in the thumb while protecting Maggy from a "hail of bullets" in the street.