How much is Don Rickles Worth?

Don Rickles net worth: Don Rickles was an American stand-up comedian and actor who had a net worth of $30 million. Don Rickles was probably best known for being one of the world's best insult comics. Don was a regular at Dean Martin's Celebrity Roasts between 1973 to 1984. He was also known for movies like "Toy Story" (parts 1, 2, 3 and 4), "Dirty Work," and "Casino."

Early Life: He was born Donald Jay Rickles in Queens, New York, on May 8, 1926. His father Max Rickles emigrated in 1903 with his Lithuanian parents and his mother Etta Rickles was born in New York City to Austrian immigrant parents. Rickles grew up Jewish in the Jackson Heights neighborhood of Queens. He graduated from Newtown High School in 1944, after which he enlisted in the United States Navy and served during World War II as a seaman. In 1946, he was honorably discharged. After his time in the Navy, Rickles studied at the American Academy of Dramatic Arts with the intention of becoming a dramatic actor. After playing small bit parts on TV, he found himself frustrated with the lack of acting opportunities and began performing at comedy clubs in New York, Miami, and Los Angeles. He swiftly became known as an insult comedian when he responded to hecklers, the audience seeming to enjoy the insults hurled at them more than his prepared material, so he made it part of his act.

However, Don continued to spread his brand of humor, becoming a regular on Dean Martin's Celebrity Roasts, from 1973 to 1984. Often he paid tribute to some of his friends, like Bob Hope, Frank Sinatra, Lucille Ball, on the show and was even the roast master on the roast for Dean Martin himself. In 1976, Don played the role of an acid-tongued U.S. Navy officer in TV series "CPO Sharkey" (1976), which enjoyed a two-year run.

In the early '80s, Rickles began performing with Steve Lawrence in concerts in Las Vegas. The duo co-hosted "Foul-Ups, Bleeps & Blunders" in 1983. A frequent guest on The Tonight Show Starring Johnny Carson, Don began taking it easy after 1984, appearing in a few minor film roles. In 1985, Frank Sinatra, who was asked to perform at Ronald Reagan's second inaugural ball, insisted that Rickles be allowed to perform unrehearsed. Rickles considered this performance to be the highlight of his career. In 1990, Don appeared in season two of "Tales from the Crypt" in an episode called "The Ventriloquist's Dummy." In 1992, he was cast in director John Landis's film "Innocent Blood." In 1993, he starred in a short-lived sitcom called "Daddy Dearest" alongside Richard Lewis.

After taking it easy for a decade or so, Don made a big comeback in 1995, starring alongside Tom Hanks and Tim Allen in the animated Pixar movie Toy Story. That same year, he portrayed Billy Sherbert in Martin Scorcese's "Casino," another blockbuster that was well-received by critics. Four years later, he again returned in the role of the grouchy Mr. Potato Head in Toy Story 2. In 1998, Rickles starred as George Wilson in "Dennis the Menace Strikes Again." Later that year, Rickles portrayed a film theater manager in "Dirty Work." 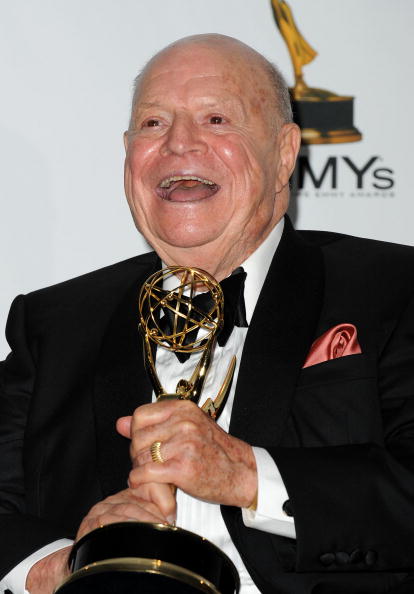 In February 2007, Rickles made a cameo as himself in an episode of "The Unit." The following year, a memoir of his life titled "Rickles' Book" was released on his birthday, May 8, 2007. A documentary about Rickles made by John Landis called "Mr. Warmth: The Don Rickles Project," made its debut on HBO on December 2, 2007. Rickles won a Primetime Emmy for his appearances on the documentary for Individual Performance in a Variety Program, beating out heavyweights such as David Letterman, Jon Stewart, and Stephen Colbert.

In 2010, Rickles reprise his role of Mr. Potato Head in "Toy Story 3." He was slated to reprise his role in "Toy Story 4," but passed away before beginning the project. The film was dedicated to his memory. With permission from his family, unused archive recordings of Rickles were used for the 2019 film to honor him.

During the later years and months of his life, Rickles still was a frequent guest on several late night talk shows. In 2014, a number of celebrities helped celebrate Rickles' 88th birthday with a televised special called "One Night Only: An All-Star Tribute to Don Rickles." Those giving tributes included Jerry Seinfeld, Robert De Niro, Tina Fey, Amy Poehler, Regis Philbin, Nathan Lane, David Letterman, and a host of others. Seinfeld described Rickles as part of the "Mount Rushmore of Stand-up Comedy" along with George Carlin, Richard Pryor, and Bill Cosby.

On May 11, 2015, he appeared as a guest on one of the very last episodes of "The Late Show with David Letterman."

Personal Life: Rickles admitted having a hard time finding romance in his 20s and 30s. He met Barbara Sklar of Philadelphia through his agent when he was 38 years old and fell for her when she failed to understand his sense of humor or find it amusing. They married on March 14, 1965 and had two children, Mindy Rickles and Larry Rickles.

Rickles died of kidney failure at age 90 on April 6, 2017 at his home in Los Angeles with his beloved Barbara by his side. Barbara Rickles died from non-Hodgkins lymphoma on March 14, 2021, which would have been their 56th wedding anniversary.

Real Estate: In 2003 Don paid $1.875 million for a 1-acre property in Malibu, California. The property, located in a gated community, features a lighted tennis court, large grassy yard and keys to an exclusive beach. Rickles listed the home for sale in December 2016 for just under $8 million. His heirs sold the home a few months after his passing for $6.5 million. The buyer was the founder Equinox fitness clubs. The new owner rents the home for $25,000 per month when he is not using it himself. Here's a video tour: 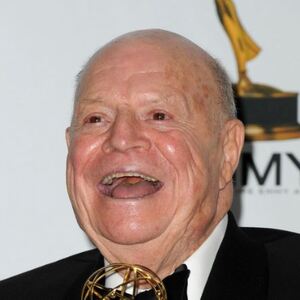