Don Knotts Net Worth: Don Knotts was an American comedian and actor who had a net worth equal to $20 million dollars at the time of his death in 2006 (after adjusting for inflation). Knotts was best known for his roles as Deputy Sheriff Barney Fife on "The Andy Griffith Show" and as landlord Ralph Furley in "Three's Company."

Early Life: Don Knotts was born Jesse John Knotts on July 21, 1924, in Morgantown, West Virignia. His parents were of English descent and their lineage traces its roots to 1700s America. His father was an alcoholic farmer who suffered from abusive bouts of schizophrenia and was bedridden at the time of Don's birth. After his oldest brother died of pneumonia, Don and his two remaining brothers were raised by their mother at the boarding house she operated. He had an early interest in comedy and performing and would often put on ventriloquist shows around town. Following his graduation from high school, he spent a brief time in New York City pursuing jobs as an entertainer and then returned to home to attend college at West Virginia University. His college education was interrupted when he was drafted in 1943 to serve in the Army's Special Services Branch as a member of a military comedy troupe where he focused on ventriloquism. He had a ventriloquist act called "Stars and Gripes" that he grew to despise so much that he tossed its signature dummy, Danny, overboard. During his time in the military, he had the opportunity to both network with other entertainers and sharpen his comedy routines. He returned to West Virginia from his service in 1948.

Early Career: After graduating from West Virginia University with a degree in education, Knotts got married and returned to New York City to pursue a show business career. His connections from the military helped him break into the scene, and he landed his first major television role in 1953 starring on the soap opera "Searching for Tomorrow." He was featured on the 1959-1960 season of Steve Allen's variety show where his recognition as a comedian grew. Knotts then took a leading part in the star-studded Broadway play "No Time for Sergeants" where he became acquainted with Andy Griffith. The play had been adapted from a television series, which starred Griffith, that was based on a novel, and after the play closed, it was adapted into a film starring both Griffith and Knotts.

Andy Griffith Show Fame: In 1960, Knotts was given a leading role in The Andy Griffith Show where he plays a bumbling, rustic Sheriff's deputy. His career skyrocketed with the success of the show, and he earned five Emmy's for his performances. Believing it would conclude after its fifth season, Knotts left the show to pursue a career in film, but he would return to reprise his role as Barney Fife in later seasons. He got his first leading role in the 1964 film "The Incredible Mr. Limpet" and then signed a five-film contract with Universal Studios. These primarily family-friendly comedies included the box office hits "The Reluctant Astronaut" and "The Shakiest Gun in the West." He spent most of the 60s working on films for Universal, and after his contract ended, he was offered his own variety on NBC. "The Don Knotts Show" aired in 1970, but it suffered from poor ratings and low viewership. Knotts realized that he felt uncomfortable in the variety show format, and it was cancelled soon after airing.

Later film and Three's Company: While he worked consistently throughout the early 70s, he didn't have many notable roles and mainly stuck to guest appearances on television. It wasn't until 1975 that he returned to film. In addition to working on two independent films, he had a leading role in two Disney films and supporting roles in four others. In 1979, he joined the incredibly popular sitcom "Three's Company" and played an eccentric, yet lovable landlord. He remained on the show for five seasons until its end in 1984, and his portrayal of Mr. Furley was as beloved by viewers as his character in "The Andy Griffith Show."

His television roles on both sitcoms marked the peaks of his acting career and cemented his status as a Hollywood legend. In 1986, he reunited with his former Andy Griffith Show castmates for a popular tv movie special, "Return to Mayberry" where he reprised his role as Barney Fife. Throughout the late 80s and 90s, his work was more sporadic, and he primarily took parts as a guest star on television or minor character in film.

Personal Life: Knotts married three times. His first marriage to his hometown girlfriend, Kathryn Metz, lasted from 1947 to 1964. The couple had two children together, and after their divorce, Knotts raised the children on his own. His daughter, Karen Knotts, followed in her father's footsteps and works as a comedian and actress. His second marriage to Loralee Czuchna lasted from 1974 to 1983. In 2002, he wed actress Francey Yarborough and remained with her until his death just four years later.

Throughout his life, Knotts suffered from depression, anxiety, and hypochondria. Even once he became a notable comedian, he struggled with an inferiority complex that would sometimes cause him to stay in bed for days. When he was only 57, he was diagnosed with macular degeneration, an eye condition that causes blurry vision and worsens over time. He continued to work until it became so severe that he was no longer able to drive. In the early 2000s, Knotts was diagnosed with lung cancer. His last film would be as a voice actor in Disney's "Chicken Little." He died in 2006 at age 81 from complications related to his cancer. One of the last people to leave his bedside was his good friend and frequent costar Andy Griffith. After his death, Griffith wanted a statue of Knotts placed in his hometown and fought for it to be made in Knotts' likeness, but he lost out to others who wanted it to resemble his most recognizable character Deputy Barney Fife. 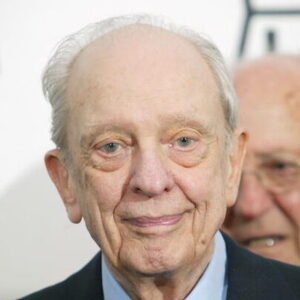