Don Adams net worth: was an American actor, comedian, and director who had a net worth of $15 million. Don Adams was born in New York City, New York in April 1923 and passed away in September 2005. He was best known for playing the role of Maxwell Smart on the television series Get Smart.

He served in the United States Marine Corps during World War II and was a Marine drill instructor. In 1954 he won on Arthur Godfrey's Talent Scouts and got a role on the NBC television series The Bill Dana Show from 1963 to 1964. Adams starred in the TV series Tennessee Tuxedo and His Tales from 1963 to 1966. From 1965 to 1970 he starred as Maxwell Smart on the series Get Smart. Adams starred as Det. Lennie Crooke on the TV series The Partners from 1971 to 1972. He voiced the role of Gadget on the series Inspector Gadget from 1983 to 1985. From 1985 to 1988 Adams starred as Howard Bannister on the television series Check It Out. He reprised the role of Chief Maxwell Smart on the series Get Smart in 199 and the voice of Inspector Gadget on the series Field Trip Starring Inspector Gadget in 1996. For his role in Get Smart Adams won three Primetime Emmy Awards and was nominated for a Golden Globe Award. Don Adams passed away on September 25, 2005 at the age of 82 from lymphoma and a lung infection. 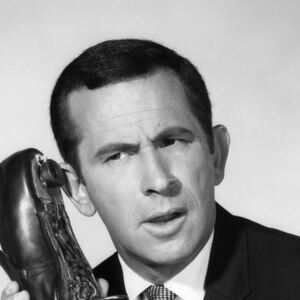