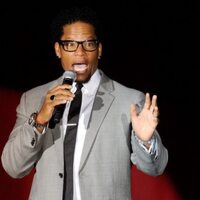 What is D.L. Hughley's net worth and salary?

D.L. Hughley is an American actor, stand-up comedian, radio host, and author who has a net worth of $10 million. D.L. Hughley is perhaps best known as the original host of BET's "ComicView" in the early '90s. D.L. is one of the members of The Original Kings of Comedy, along with Steve Harvey, Cedric the Entertainer, and Bernie Mac.

D.L. Hughley, aka Darryl Lynn Hughley, was born in Portsmouth, Virginia on March 6, 1963. He is the son of Audrey and Charles Hughley, a Delta Air Lines maintenance worker. The family only lived in Portsmouth for two months after D.L. was born before they moved to California. He grew up in South Central, Los Angeles, where he had a troubled time as a teenager when he became a member of street gang The Bloods. He was expelled from San Pedro High School, but turned his back on gang life and got his GED. He then started working for The Los Angeles Times.

Hughley started off as host of a BET stand-up comedy show, "ComicView", in 1992. He hosted the show until 1993 and gained popularity there. He got his own show in 1998 which he starred in, as well as wrote and produced, called "The Hughleys." The show ran 89 episodes over four seasons until 2002 on ABC and UPN. He briefly hosted a talk show for Comedy Central called "Weekends at the D.L." and he released a comedy album in 2005.

D.L. has appeared in the movie "Scary Movie 3m" and voiced the Gadgetmobile in "Inspector Gadget", as well as "Brer Fox in The Adventures of Brer Rabbit. He has appeared in episodes of "The Fresh Prince of Bel-Air", "Scrubs" as Turk's Brother, "Hawaii Five-O", "Glory Daze", and "Studio 60 on the Sunset Strip." In June 2010, Hughley acted as a special guest moderator of ABC's "The View." He also guest-hosted "Who Wants to Be a Millionaire?"

Hughley was chosen to host and write a comedy news show on CNN that covered global happenings in politics, pop culture, entertainment, and sports. The show was titled "D.L. Hughley Breaks the News" and premiered in October 2008. However, in March 2009, after just five months, Hughley chose to end the show, citing a desire to move back to Los Angeles to be closer to his family. He continued working with CNN as an LA-based contributor for the network.

In 2013, Highley appeared on the 16th season of "Dancing with the Stars". He was paired with Cheryl Burke. Since March 2019, Hughley has hosted the talk show "The D.L. Hughley Show" on TV One. 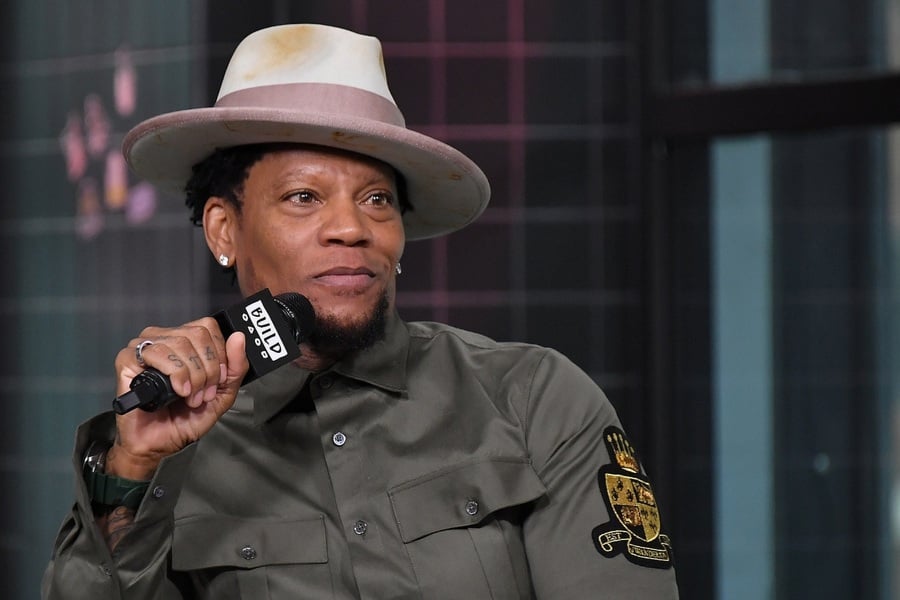 In 2009 he started a radio show, The D.L. Hughley Morning Show, on station WRKS in New York City. After going up directly against fellow King of Comedy Steve Harvey's Morning Show, Hughley's show was later cancelled. In August 2010, Kiss FM dropped the syndicated program from its schedule and Hughley moved on. It was announced on August 12, 2013 that REACH Media had finalized a deal with Hughley to host a new nationally syndicated afternoon drive show called "The D.L. Hughley Show."

Hughley has written four books. "I Want You to Shut the F#ck Up: How the Audacity of Dopes is Ruining America" was published in July 2012. His second book, "Black Man, White House: An Oral History of the Obama Years" was published in June 2017. In June 2018, he released "How Not to Get Shot: And Other Advice from White People." On June 30, 2020, Hughley released "Surrender, White People!: Our Unconditional Terms for Peace."

Hughley has been married to LaDonna Hughley since February 1986. They have three children, Ryan, Tyler, and Kyle. Kyle was diagnosed with Asperger's syndrome as a child, something Hughley has discussed extensively.

In November of 2017, Hughley gave an interview on Angela Yee's podcast, Lipservice, in which he detailed having an affair early in his marriage. Unknowingly, he conceived a child with his extramarital lover. Tragically, the infant was shaken to death by his mother's boyfriend at just nine months old. Ladonna learned of the tragedy and, deeply saddened and affected by the situation, began giving his ex-lover financial help. LaDonna did this completely unbeknownst to D.L, and she did not disclose it to D.L. for many years.