What is Dick Van Dyke's Net Worth?

Dick Van Dyke is a legendary actor, comedian director and producer who has a net worth of $50 million. Dick Van Dyke earned his net worth through his acting roles in many successful films, musicals, TV sitcoms and dramas, as well as his abilities as a director and producer. He is perhaps best known for his roles in iconic musical films like "Bye Bye Birdie" (1963), "Mary Poppins" (1964) and "Chitty Chitty Bang Bang" (1968), among others.

Richard Wayne Van Dyke, better known as Dick Van Dyke, was born in West Plains, Missouri, on December 13, 1925. His mother, Hazel Victoria (née McCord) was a stenographer, and his father, Loren Wayne "Cookie" Van Dyke, was a salesman. He was raised in Danville, Illinois, along with his younger brother Jerry Van Dyke, who was also an actor.

He left high school in 1944, when he was a senior, with the intention to join the United States Army Air Forces and train as a pilot during World War II. He was denied enlistment multiple times due to being underweight, but was eventually accepted to serve as a radio announcer, and later on as a member of the Special Services, where he entertained troops.

During the late 1940s, Van Dyke began working as a radio DJ in his hometown. He was also part of a comedy duo with the pantomime performer Phil Erickson, and they toured together around the West Coast as well as appeared on a local television show, "The Merry Mutes", in Atlanta, Georgia, in the early 1950s. His other early appearances on television include on "Chance of a Lifetime" in 1954; "The Phil Silvers Show" (1957-1958); "The Pat Boone Chevy Showroom" on ABC; and "The Polly Bergen Show" on NBC. In 1959, Van Dyke debuted on Broadway in a production of "The Girls Against the Boys". He then starred as the lead in "Bye Bye Birdie" from 1960 to 1961. For his appearance in "Bye Bye Birdie", Van Dyke went on to win a Tony Award for Best Featured Actor in 1961; the musical won four other Tony Awards.

Beginning in 1961, Van Dyke starred in his own CBS sitcom, "The Dick Van Dyke Show", playing the character of comedy writer Rob Petrie. The show ran until 1966, and during this time he won three Emmy Awards for Outstanding Lead Actor in a Comedy Series. The series also received four Emmy Awards for Outstanding Comedy Series. Appearing with him on the show was an all-star cast featuring prominent actors such as Rose Marie, Morey Amsterdam, Jerry Paris, Ann Morgan Guilbert, and Mary Tyler Moore. Van Dyke's next project was a different, unrelated sitcom "The New Dick Van Dyke Show", which ran from 1971 to 1974. This show was less successful than his first show, but he still received a Golden Globe nomination for his performance. The third show named after him, "Van Dyke and Company", was a short-lived sketch comedy show that also featured Andy Kaufman and Super Save Osborne. It only ran for three months, but still managed to win an Emmy Award for Outstanding Comedy-Variety Series. 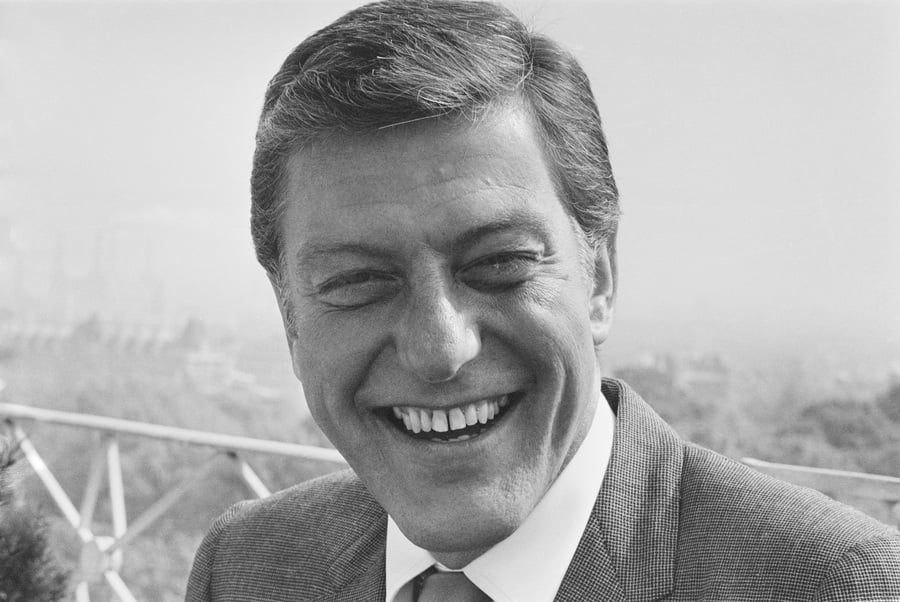 In addition to his appearances on television, Van Dyke also enjoyed a highly successful film career. His first film appearance in 1963 was an adaptation of the hit musical "Bye Bye Birdie", which he had starred in on Broadway. He then starred in what has come to be viewed as a classic film, Walt Disney's "Mary Poppins" (1964). In it, he plays the character Bert, who has a cockney accent; Van Dyke's attempt at the accent is widely considered to be one of the worst-ever accents to appear in a film. Throughout the rest of the 1960s, he starred in a string of films that all performed pretty poorly at the box office, with the noted exception of the musical "Chitty Chitty Bang Bang" (1968). In fact, Van Dyke's film roles affected his television work; after starring in the film "Dick Tracy" (1990), in which he plays the role D.A. Fletcher, he was offered the opportunity to play the role of Dr. Mark Sloan in an episode of "Jake and the Fatman". He ended up getting his own television show featuring the Sloan character, "Diagnosis: Murder", which ran from 1993 to 2001. Many of his family members, including his son Barry Van Dyke, and grandsons Shane Van Dyke and Carey Van Dyke, have appeared with in various "Diagnosis: Murder" episodes.

In February 1948, Van Dyke married his first wife, Margerie Willett, live on the radio show "Bride and Groom". They had four children together. After a long separation, Van Dyke and Willett divorced in 1984. Then, Van Dyke lived with his longtime partner Michelle Triola Marvin until she passed away in 2009. They had been together for more than 30 years. In 2012, Van Dyke married makeup artist Arlene Silver, who was 46 years younger than him at the time. Van Dyke has been open and vocal about his struggle with alcoholism, and previously had received treatment for his addiction in 1972. Throughout most of his adult life he was also a heavy smoker, but revealed in 2013 that he had quit and turned to Nicorette gum to control his urges. 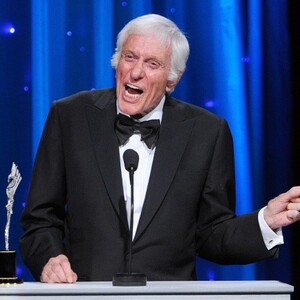