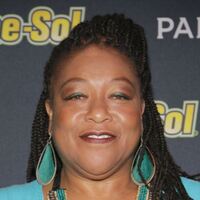 Diane Amos net worth: Diane Amos is an American actress and stand-up comedian who has a net worth of $2.5 million dollars. Diane Amos was born in Indianapolis, Indiana, and relocated to San Francisco with her mother, sister, and her mother's partner and two children. She began performing improvisational theater while at Washington High School. From there, she joined the National Theater of the Deranged, a professional improv group. At the urging of her friends, she shifted her focus to stand-up comedy. She began performing stand-up in the mid-80s, and quickly made a name for herself in the San Francisco area. In addition to a steady schedule of touring, she also appeared on multiple game shows, winning almost $50,000 in the late 80s. She has appeared in supporting roles on multiple television shows and in movies, but is most widely recognized as the Pine-Sol spokesperson, a position she has held since 1993.