Des O'Connor Net Worth: Des O'Connor was an English comedian and actor who had a net worth of $10 million at the time of his death. Des O'Connor died on November 14, 2020 at the age of 88.

Des was born in Stepney, East London, England on January 12, 1932. O'Connor was the presenter of the long running Channel 4 game show Countdown. He has recorded 36 albums and had four Top 10 singles including the #1 "I Pretend" and has sold over 10 million records. He has starred on stage in Glasgow, Las Vegas, Sydney, Toronto, and London. He has hosted or presented for the television series For Love or Money, The London Palladium Show, The Des O'Connor Show, Des O'Connor on Stage, Des, The Golden Shot, Des O'Connor Entertains, Top of the Pops, Des O'Connor Tonight, Today with Des and Mel, Countdown, and many more. In 2001 he was given a Special Achievement Award from the National Television Awards, UK. He was appointed a Commander of the Order of the British Empire in the 2008 Birthday Honours. Des was married four times and had five children. In 2011 he received criticism for welcoming a new baby at nearly 80 years old. 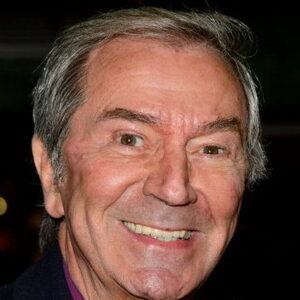