Des Clarke net worth: Des Clarke is a Scottish stand-up comedian and television and radio presenter who has a net worth of $6 million. Des Clarke was born in Glasgow, Scotland in January 1981. He writes a weekly column for the Daily Record and presents the BBC Radio Scotland program Breaking the News.

Clarke also presents the breakfast show along with Jennie Cook on Capital Scotland. In 2003 he presented the ITV children's television series SMTV Live. He has hosted several other TV series including Whatever, Invention SOS and Club Cupid. Clarke has appeared on BBC One Scotland's coverage of football and other sports broadcasting. In 2014 he hosted the closing ceremony of the Commonwealth Games. He has made frequent appearances at the Glasgow International Comedy Festival and the Edinburgh Festival Fringe. Clarke has starred in stage productions of Cinderella and at the King's Theatre. He also regularly performs at comedy clubs including The Comedy Store and The Stand. 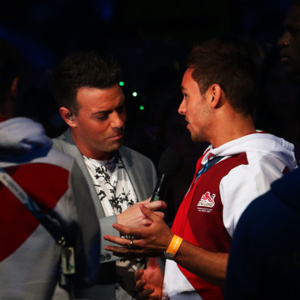