Deray Davis net worth: Deray Davis is an American comedian and actor who has a net worth of $1.5 million dollars. Deray Davis, also known as Antwan Deray Davis, was born in Chicago, Illinois and first gained recognition appearing in comedy clubs in the Chicago area. From there, he relocated to Los Angeles, where he won the Comedy Central Laugh Riots competition, and toured with Cedric the Entertainer.

He then made the leap to film work, and has since appeared in a number of popular projects, including, "Barbershop" and "Barbershop 2", "School for Scoundrels", "Scary Movie 4", "License to Wed", "Code Name: The Cleaner", "How She Move", "Semi-Pro", "Life As We Know It", "Jumping the Broom", "21 Jump Street", and "G.I. Joe: Retaliation". He has also guest-starred on a number of television shows, including "Entourage", "Nick Cannon's Wild 'n Out", and "Short Circuitz". He can also be heard on the albums, "The College Dropout" and "Late Registration" by Kanye West. 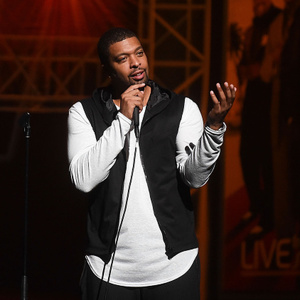