What is Deon Cole's Net Worth?

Deon Cole was born on January 9, 1972, in Chicago, Illinois. He was raised by his mother, Charleen, and he attended Thornridge High School. After graduation, Deon enrolled at Philander Smith College in Arkansas and earned an acting degree.

Cole enjoyed going to comedy clubs during his youth, and his stand-up comedy career began when a friend inspired him to get onstage and try it. Deon has said of his start in comedy, "My friend bet me $50 and I never looked back after that." Cole got his first break when he was cast in the 2002 film "Barbershop" alongside Ice Cube, Cedric the Entertainer, Keith David, and his future "Black-ish" co-star Anthony Anderson. Deon reprised the role of Dante in 2004's "Barbershop 2: Back in Business" and 2016's "Barbershop: The Next Cut." After "Barbershop," he appeared in the films "A Lover for My Husband" (2003) and "A Get2Gether" (2005) and the TV series "Def Comedy Jam" (2006), "Comedy Central Presents" (2007), "Nick Cannon Presents: Short Circuitz" (2007), and "The Funny Spot" (2008). In 2009, Cole was hired as a writer on "The Tonight Show with Conan O'Brien" and soon began appearing on the series. He performed stand-up on Conan's "Legally Prohibited from Being Funny on Television Tour" in 2010, and he wrote for "Conan" from 2010 to 2012. Deon appeared in more than 80 episodes of "Conan" between 2010 and 2021. 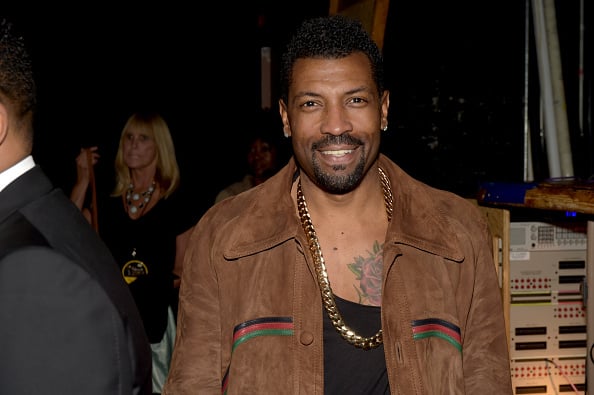 Deon guest-starred on "The League" (2011) and "Benched" (2014), and after originally being hired as a writer, he was cast as Charlie Telphy on ABC's "Black-ish" in 2014. Cole had a recurring role during the first three seasons of the show, then he was promoted to a series regular during season four. He reprised the role of Charlie on the "Black-ish" spin-off "Grown-ish," which began airing on Freeform in 2018. From 2016 to 2018, Deon played Detective Daniel "DJ" Tanner on the TBS series "Angie Tribeca," a spoof of police procedurals that was created by Steve and Nancy Carell. In 2017, Cole appeared in the film "The Female Brain," the documentary "Everybody Has an Andy Dick Story," and the television shows "The Standups" and "All Def Comedy," and he hosted the BET series "Face Value." He guest-starred on "All About the Washingtons" and competed on "Lip Sync Battle" in 2018, and the following year, he appeared in the film "Holiday Rush" and the television series "Lights Out with David Spade" and "A Black Lady Sketch Show." In 2019, Deon also became a global ambassador for Old Spice and began appearing in commercials for the company. In 2020, he voiced Dave the mutant insect on the animated Netflix series "Kipo and the Age of Wonderbeasts" and appeared in the films "2 Minutes of Fame" and "Friendsgiving."

Deon is the father of a son named Dylan, and in 2017, he proudly shared that Dylan had graduated with honors. In March 2021, Cole partnered with BLKHLTH and Cottonelle for Colorectal Cancer Awareness Month to help bring attention to the importance of cancer screenings. In an interview with "The Source," he revealed that a friend of his was going through treatment for colorectal cancer and that he had a sister who died of breast cancer. On the subject of his own health, Deon stated, "If I wake up and my neck is hurting, I have my doctors on speed dial. So I'm quick to handle whatever situation I need to handle at the time. I'd rather take care of it and get it fixed rather than ignore it." 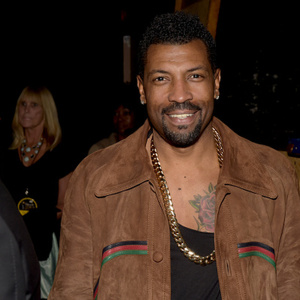