What Is Demetri Martin's Net Worth and Salary?

Demetri Martin is an American comedian, actor, musician, writer, director, and producer who has a net worth of $4 million. Demetri is known for incorporating drawings and musical instruments into his comedy. From 2009 to 2010, he had his own Comedy Central series, "Important Things with Demetri Martin," which he created, wrote, and produced, and he has starred in the stand-up comedy specials "If I" (2004), "Demetri Martin. Person." (2007), "Standup Comedian" (2012), "Live (At the Time)" (2015), and "The Overthinker" (2018).

Demetri Martin was born Demetri Evan Martin on May 25, 1973, in New York City. He grew up in a Greek-American family in Toms River, New Jersey, with mother Lillian, father Dean (a Greek Orthodox priest), and younger siblings Spyro and Christene. Demetri's father passed away in 1994, and his mother died in 2019. The family owned a diner near the Jersey Shore, and Martin worked there as a teenager. He graduated from Toms River High School North in 1991, then he earned a Bachelor of Arts degree in History from Yale University in 1995. As a college student, Demetri wrote a 224-word palindromic poem for a project in his fractal geometry class, and he joined the Anti-Gravity Society, whose members spent their Sunday evenings juggling on the Old Campus. Martin was accepted to Harvard Law School, but he decided to study at New York University School of Law after he was offered a full scholarship. He dropped out of law school before his final year to pursue a career in comedy.

In 1997, Demetri began performing stand-up comedy, and he appeared on the Comedy Central series "Premium Blend" in 2001. He performed his show "If I" at the 2003 Edinburgh Festival Fringe, and the following year, it was turned into a TV special for the BBC. In 2004, he also starred in his own "Comedy Central Presents" special. Martin made his acting debut in the 2002 film "Analyze That," and in 2003 and 2004, he made several appearances on "Late Night with Conan O'Brien" while he was a writer on the show. From 2005 to 2008, he was a contributor on "The Daily Show," and he released his first comedy album, "These Are Jokes," in 2006. in 2007, he guest-starred on HBO's "Flight of the Conchords," appeared in the Fountains of Wayne music video "Someone to Love," and starred in the Comedy Central special "Demetri Martin. Person." Demetri co-starred with Rainn Wilson in 2008's "The Rocker," and in 2009, he appeared in the films "Paper Heart" and "Post Grad." That year he also played the lead role of Elliot Tiber in the Ang Lee-directed film "Taking Woodstock," and he began starring in "Important Things with Demetri Martin," which aired 17 episodes over two seasons. 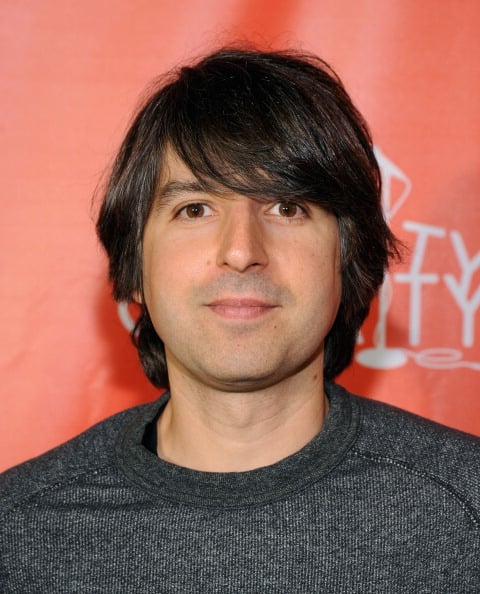 In 2011, Martin appeared in "Take Me Home Tonight" alongside Topher Grace, Anna Faris, and Chris Pratt, and he played Dr. David Eisenberg in the medical thriller "Contagion." He starred in the 2012 Comedy Central special "Standup Comedian," then he played the love interest of Lake Bell's Carol Solomon in the film "In a World…," which was written and directed by Bell. In 2014, Demetri appeared in the films "The Last Time You Had Fun" and "Sequoia," and in 2015, he had a recurring role as Ellis Hightower on Showtime's "House of Lies." He voiced Ice Bear on the Cartoon Network series "We Bare Bears" (2014–2019) and "We Bare Bears: The Movie" (2020) as well as several shorts. Martin wrote, directed, produced, and starred in the 2016 film "Dean," and that year he also guest-starred on "New Girl." He lent his voice to "Animals." (2017), "American Dad!" (2020), and "Crank Yankers" (2020), and he began narrating the "We Bare Bears" spin-off "We Baby Bears" in 2022.

During a 2011 interview on the "WTF with Marc Maron" podcast, Demetri revealed that he was briefly married to a woman named Jen. The two met in high school, began dating after graduation, and married while they were both attending college. Martin wed Rachael Beame on June 1, 2012, and they welcomed son Paul in 2014 and daughter Eve in 2016. Demetri has said that he has "life-threatening food allergies," including certain types of poultry, seafood, and nuts.

In 2004, Martin shared a Primetime Emmy nomination for Outstanding Writing for a Variety, Music or Comedy Program with his fellow "Late Night with Conan O'Brien" writers, and they won a Writers Guild of America Award for Comedy/Variety (Including Talk) – Series in 2005. For "Dean," Demetri earned a Special Jury for Acting award for U.S. Fiction at the 2017 Gasparilla International Film Festival and a Jury Award for Best U.S. Narrative Feature at the 2016 Tribeca Film Festival as well as a Best American Independent Feature Film nomination at the 2017 Cleveland International Film Festival. He also won the Perrier Comedy Award for "If I" at the 2003 Edinburgh Festival Fringe and the Barry Award for "Dr. Earnest Parrot Presents Demetri Martin" at the 2006 Melbourne International Comedy Festival.

In early 2017, Martin paid $1.425 million for Cobie Smulders' home in the Los Feliz area of Los Angeles. The property includes two townhouses, each featuring two bedrooms and one bathroom. The combined living space of the two townhouses equals more than 2,300 square feet. 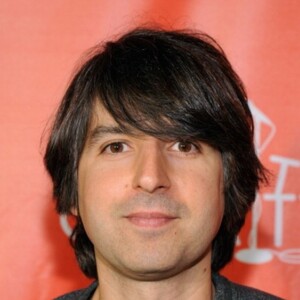