David Herman net worth: David Herman is an American actor, comedian, and voice actor who has a net worth of $3 million. David Herman was born in New York, New York in February 1967. He was an original cast member of the sketch television series MADtv from 1995 to 1997. Herman has done voice work for the TV series King of the Hill, Futurama, Invader Zim, American Dad!, Bob's Burgers, Brickleberry, TripTank and more.

He has starred in the films Born on the Fourth of July, Office Space, Dude, Where's My Car?, Kicking & Screaming, Idiocracy, Bee Movie, Bad Milo, I Know That Voice, and Storks. Herman has also appeared in or done voice work for episodes of the TV series Angel, Primetime Glick, 24, Grounded for Life, Beaves and Butt-head, The Simpsons, and Family Guy. He has won five Behind the Voice Actors Awards for Futurama. 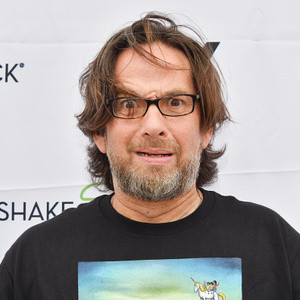