David Brenner Net Worth: David Brenner was an American comedian, author and actor who had a net worth of $9 million dollars. Born in Philadelphia, Pennsylvania, in 1936, David Brenner's father was a comedian and entertainer. Brenner enlisted in the Army for two years after high school, working as a cryptographer in Germany, before graduating from Temple University with a degree in mass communication.

He wrote extensively for documentaries with more than 100 credits to his name. Brenner won an Emmy for his TV documentary work before transitioning into comedy with an appearance at The Improv in the late '60s. Shortly after, he began appearing on "The Tonight Show" and soon became the show's most frequent guest with nearly 160 appearances in his lifetime; Brenner also took over for Johnny Carson 75 times. In 1983, he released his comedy album, "Excuse Me, Are You Reading That Paper? and wrote his first book the same year. Brenner is the author of five books, including "If God Wanted Us to Travel…" and "I Think There's a Terrorist in My Soup: How to Survive Personal and World Problems with Laughter – Seriously". He has appeared in dozens of TV shows and movies, including "Snip", "Worth Winning", "The Ed Sullivan Show", "Late Show with David Letterman" and "Real Time with Bill Maher". Brenner was inducted into the Broadcast Pioneers of Philadelphia Hall of Fame in 2003. He was married several times and had three children. Brenner died from cancer on March 15, 2014. 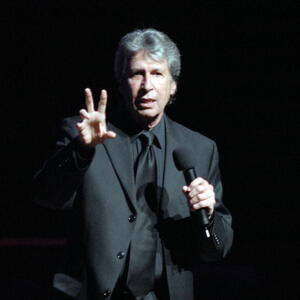