What Is David Alan Grier's Net Worth?

David Alan Grier is an American actor, comedian, writer, and producer who has a net worth of $4 million. Grier first became famous from his work on "In Living Color," the pioneering sketch comedy television show that aired from 1990 to 1994.

Grier has starred in six Broadway productions, and he has earned Tony nominations for Best Featured Actor in a Musical for "The First" (1982) and "Porgy And Bess" (2012) and Best Featured Actor in a Play for "Race" (2010). In 2021, he won the Tony for Best Performance by an Actor in a Featured Role in a Play for "A Soldier's Play." In 2009, David published the book "Barack Like Me: The Chocolate-Covered Truth" and competed on "Dancing with the Stars," finishing in ninth place.

David Alan Grier was born on June 30, 1956, in Detroit, Michigan. His mother, Aretas, was a teacher, and his father, William, was a psychiatrist and the co-author of the 1968 book "Black Rage." David has two siblings, and he attended Cass Tech, a magnet high school. After graduation, Grier enrolled at the University of Michigan, where he earned a B.A. in Radio, Television and Film. He then attended the Yale School of Drama, graduating with an MFA in 1981. When David was 6 years old, the Grier family marched with Dr. Martin Luther King, Jr. during the March on Poverty in Detroit. 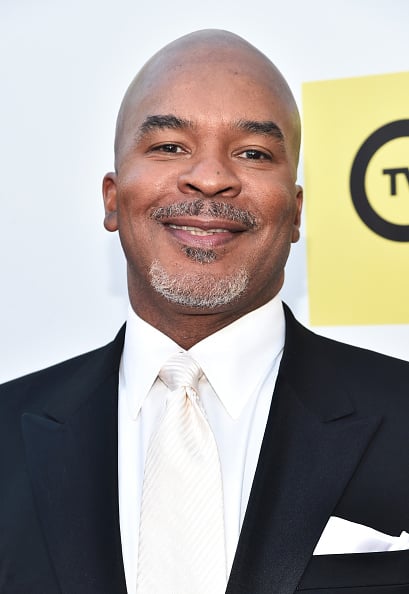 David was married to Maritza Rivera from 1987 until 1997, and he wed Christine Y. Kim on July 29, 2007. Kim has served as the Curator of Contemporary Art at the Los Angeles County Museum of Art since 2019. David and Christine welcomed daughter Luisa Danbi Grier-Kim on January 10, 2008. Kim filed for divorce in July 2009, and the divorce was finalized in November 2010. Grier enjoys cooking, and while he was starring in "Race" on Broadway, he started a food blog named "Chocolate Glutton," which he described as "my place to discuss, obsess and share the love I have for all things gluttonous."

Grier has been nominated for six NAACP Image Awards, winning Outstanding Actor in a Television Movie, Mini-Series or Dramatic Special for "The Wiz Live!" in 2016. His other nominations were for Outstanding Supporting Actor in a Comedy Series for "Damon" (1999), "Life with Bonnie" (2003), and "The Carmichael Show" (2016 and 2017) and Outstanding Guest Performance in a Comedy or Drama Series for "Queen Sugar" (2020). "The Gershwins' Porgy And Bess: New Broadway Cast Recording" received a Grammy nomination for Best Musical Theater Album in 2013, and David won a Best Actor award for "Streamers" at the 1983 Venice Film Festival.

David has also received nominations from the Critics Choice Television Awards ("The Wiz Live!"), Satellite Awards ("Life with Bonnie"), and Women's Image Network Awards ("The Muppets' Wizard of Oz"), and Grier and his "The Big Sick" co-stars earned a BAM Award nomination for Best Cast. 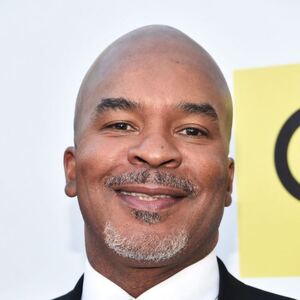