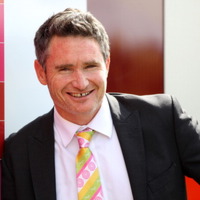 Dave Hughes net worth and salary: Dave Hughes is an Australian stand-up comedian and radio and television presenter who has a net worth of $10 million. Dave Hughes was born in Warrnambool, Australia in November 1970. He co-hosted the television series Before the Game on Network Ten. Hughes hosts the TV series Hughesy & Kate on the KIIS Network with Kate Langbroek. He has performed often at the Melbourne International Comedy Festival. He has hosted several programs including The Glass House, Before The Game, and The 7PM Project. Hughes started hosting the reality television series Australia's Got Talent in 2016. In 2001 he started hosting the breakfast program Hughesy, Kate & Dave. Hughes won an ARIA Award for Best Comedy Released for his DVD Dave Hughes, Live in 2007. Dave has been married to Holly Ife, a reporter for the Herald Sun, since 2006. They have three children together.