Dave Chappelle net worth and salary: Dave Chappelle is an American comedian, actor, screenwriter, and producer who has a net worth of $50 million. Over the years Dave has appeared in dozens of films and TV shows, but he is most well-known for his standup specials. His Netflix standup specials in particular are the source of the majority of Dave's fortune.

Early Life: David Khari Webber Chappelle was born on August 24, 1973 in Washington DC. His parents, Yvonne Chappelle Seon and William David Chappelle III, were professors. His great-grandfather Bishop D. Chappelle was the president of Allen University. Chappelle was raised in Silver Spring, Maryland. He grew up idolizing Eddie Murphy and Richard Pryor, and family friends, regaled with Dave's humorous antics and monologues, often commented that Chappelle would likely grow up to be a comedian. Chappelle's parents separated when he was young, and primarily lived with his mother while spending summers in Ohio with his dad. He graduated in 1991 from Duke Ellington School of the Art where he had studied theater.

Career: After high school, Dave moved to New York City to pursue a career in comedy. He performed at the Apollo Theater's Amateur Night (and was subsequently booed off stage), but soon made a name for himself anyway on the New York comedy circuit. He appeared on HBO's Def Comedy Jam in 1992 and won critical and popular acclaim for his performance. This was a turning point in his popularity, and he became a regular guest on the late-night circuit on shows like Late Show with David Letterman, The Howard Stern Show, and Late Night with Conan O'Brien. At age 19, he opened with a comedy act for Aretha Franklin.

Chappelle made his film debut at the age of twenty in the 1993 Mel Brooks comedy Robin Hood: Men in Tights. Chappelle then took other film roles (including a small part in the Eddie Murphy-starring feature film The Nutty Professor in 1996, and co-writing and starring in stoner film Half Baked in 1998) and attempted several failed television pilots before launching his own series, Chappelle's Show on Comedy Central in 2003. The show was wildly popular and ran for two successful seasons and was nominated for two Emmy Awards before Chappelle abruptly left during production of the third season, though Comedy Central later aired the episodes created without him. Chappelle cited the fact that he did not like the direction the show was going, that he was overworked with 20-hour workdays, and did not have time to devote to his stand-up career as reasons for leaving. Walking away from the show meant the cancellation of a $50 million dollar contract with Comedy Central.

In 2004, Michel Gondry directed Dave Chappelle's Block Party, a documentary about a rap concert hosted by Chappelle in Bedford-Stuyvesant, Brooklyn, which was accompanied by a number of rap and hip-hop performances, including the reunion of The Fugees.

Comeback: Between 2005-2013, Dave dabbled in various stand-up acts and TV show appearances before making a major career comeback in 2013. He returned to headlining his own stand-up tours. In June 2014, he returned to the New York City circuit for the first time in 11 years, and performed ten nights at the Radio City Music Hall. Chappelle hosted Saturday Night Live for the first time ever on November 12, 2016, the weekend after Donald Trump won the 2016 presidential election. His eloquent and biting opening monologue and subsequent sketch performance was critically acclaimed and loved by audiences, and he received an Emmy Award for Outstanding Guest Actor in a Comedy Series for his performance. He donated his Emmy to his former high school. 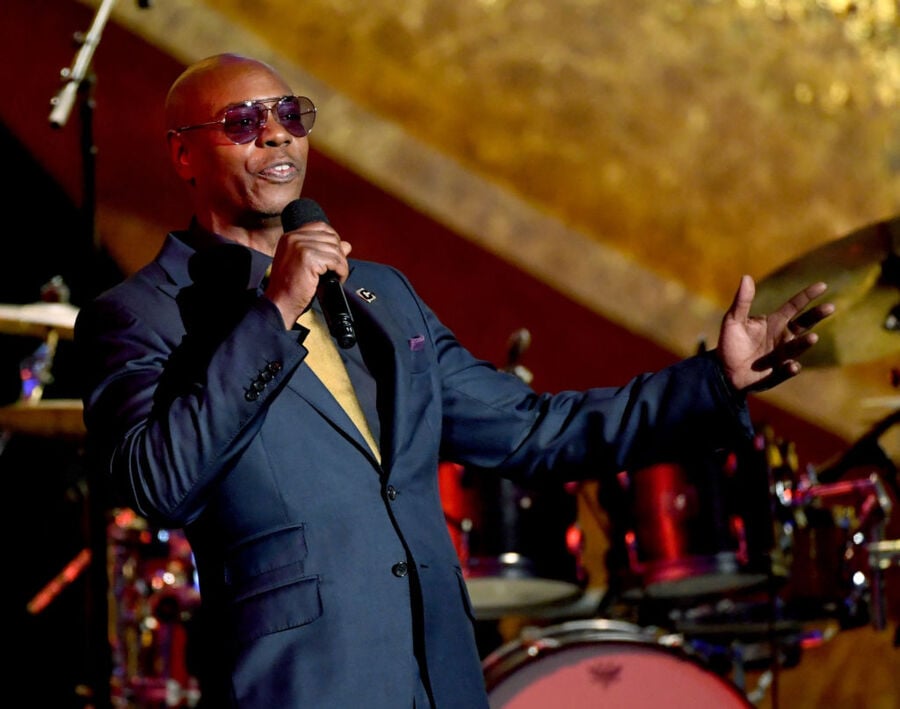 Continued Success and Accolades:  Chappelle has continued to reap the rewards of his long, sometimes hard-fought-for career. He received a Grammy Award in 2018 for Best Comedy Album for his first two Netflix specials: The Age of Spin and Deep in the Heart of Texas. His Equanimity special also won a Grammy, as well as an Emmy Award for Outstanding Variety Special. In 2020, he clenched his third Grammy in a row for "Sticks & Stones".

Dave made a big return to the movie world again when he co-starred in "A Star is Born" with Bradley Cooper, playing the character of his best friend Noodles. The movie was a massive success and went on to garner numerous prestigious nominations and awards. Jon Stewart and Chapelle joined forces on a duo comedy tour in 2018, and he appeared with Aziz Ansari for three standup shows in Austin, Texas. In 2019, he was given the annual Mark Twain Prize for American Humor, presented by the Kennedy Center.

Personal Life: Chappelle has been married to Elaine Mendoza Erfe since 2001. They have three children together; sons Sulayman and Ibrahim, and a daughter, Sanaa. The family lives on a 65-acre farm near Yellow Springs, Ohio. Chappelle also owns several houses in Xenia, Ohio.

Dave converted to Islam in 1998. He threw his support behind Andrew Yang in the 2020 presidential election. Dave donates his time to Seeds of Peace International Camp in Maine. The organization brings young leaders together from communities in conflict. He organized the Gem City Shine Charity concert in August 2019 in Dayton, Ohio, with a star-studded line up consisting of artists like Stevie Wonder and Chance the Rapper. The benefit concert was held in honor of the victim of the August 4, 2019 Dayton shooting, and raised nearly $70,000 for the Oregon District Tragedy Fund. 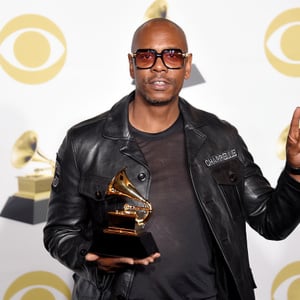