Darrell Hammond net worth: Darrell Hammond is an American comedian who has a net worth of $2 million dollars. Born in Melbourne, Florida, Darrell Hammond attended the University of Florida and graduated with a B.A. in Journalism. He found a passion for performing while still a student, and moved to New York after graduation to pursue a career in comedy. He worked as a cruise ship comedian for a few years, among other comedy gigs. He joined the cast of "Saturday Night Live" in 1995, and holds the record for the most number of consecutive seasons of any cast member. He appeared as a regular cast member until 2009, and now cameos when his schedule allows. While with SNL, he performed the most impressions of any cast member. Of his 107 impressions, he is most famous for his spot-on portrayals of Bill Clinton, Donald Trump, Regis Philbin, John Travolta, and Sean Connery. His childhood was quite rough, and he wrote about his experiences in the book, "God If You're Not Up There, I'm F***ed", which was released in the fall of 2011.

In September 2014, it was announced that Darrell Hammond would return to Saturday Night Live as the show's announcer. Hammond took over for longtime announcer Don Pardo, who had recently passed.

Finances: During a 2015 interview on the "Opie and Jim" radio show, Darrell explained that most of the money he earned during his 12 years at SNL was squandered by an investment manager. At one point he went to the bank and was told that his balance was just $12,000. Fortunately he has recovered slightly thanks to his book deal, continued personal appearance fees and new work. 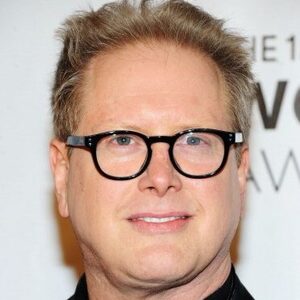