How much is Danny Kaye Worth?

Danny Kaye Net Worth: Danny Kaye was an American actor, dancer, singer, and comedian who had a net worth of $10 million. Danny Kaye was born in Brooklyn, New York in January 1911 and passed away in March 1987. Kaye was known for his physical comedy as well as his pantomimes and nonsensical songs. He starred in 17 movies including The Kid from Brooklyn in 1946, The Secret Life of Walter Mitty in 1947, The Inspector General in 1949, Hans Christian Anderson in 1952, White Christmas in 1954, and The Court Jester in 1956. Kaye was the first ambassador-at-large for UNICEF in 1954. He received a French Legion of Honor in 1986 for his work with that organization. His last appearance came on the TV series The Cosby Show in 1986. Kate won an Honorary Academy Award in 1955 and a Jean Hersholt Humanitarian Award at the Academy Awards in 1982. He won Golden Globe Awards for Best Motion Picture Actor – Comedy/Musical for On the Riviera in 1952 and Me and the Colonel in 1959. He received a Primetime Emmy Award for The Danny Kaye Show in 1964 and a Lifetime Achievement Award for the Screen Actors Guild in 1983. Kaye was awarded three stars on the Hollywood Walk of Fame for Motion Picture, Recording, and Radio. Danny Kaye passed away on March 3, 1987 from heart failure at 76 years old. 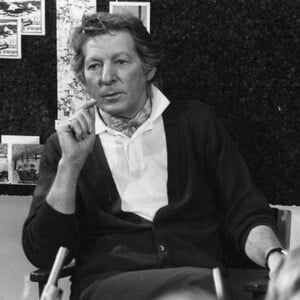