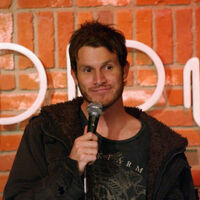 What is Daniel Tosh's net worth and salary?

Daniel Tosh is an American stand-up comedian and television host who has a net worth of $20 million. Tosh became famous as the host of Comedy Central's popular internet video clip show, Tosh.0.

Daniel Dwight Tosh was born in Boppard, Rhineland-Palatinate, West Germany on May 29, 1975. The son of a Presbyterian minister, Tosh grew up in Titusville, Florida. Tosh has one brother and two sisters. He graduated from Astronaut High School in 1993 and went on to attend the University of Central Florida. He graduated from the university in 1996 with a marketing degree, half a semester early due to his eagerness of pursuing a comedy career, and worked as a telemarketer at Central Florida Research park for $15 per hour to pay the bills before he was able to move to Los Angeles to follow his dream. He also had a brief stint selling knives door-to-door before he got his start in comedy.

Tosh moved to Los Angeles after college to begin touring the comedy club circuit as a stand-up comedian. At the 1998 Just for Laughs comedy festival, he appeared as one of the featured New Faces. Tosh describes a comic's routine life on the road as "Groundhog Day," a reference to the film of the same name. He had planned to end his career on his 38th birthday in 2013 if he had not made it as a comedian by that point, even keeping a countdown clock on his website that gave the number of days, minutes, and seconds until his birthday.

Tosh's big career break came with an appearance in 2001 on the Late Show with David Letterman. After the Late Show performance, Tosh appeared on Jimmy Kimmel Live!, The Tonight Show with Jay Leno, and Comedy Central's Premium Blend. Meanwhile, he was hosting a late-night comedy show in Florida called Tens and serving as the voice in commercials for Taco Bell. He's been a regular guest on many radio shows including The Bob & Tom Show, Loveline, and Kevin and Bean. Tosh had the opportunity to perform in his own 30-minute special on Comedy Central Presents, and in June 2007, Comedy Central aired his first stand up special: Daniel Tosh: Completely Serious. 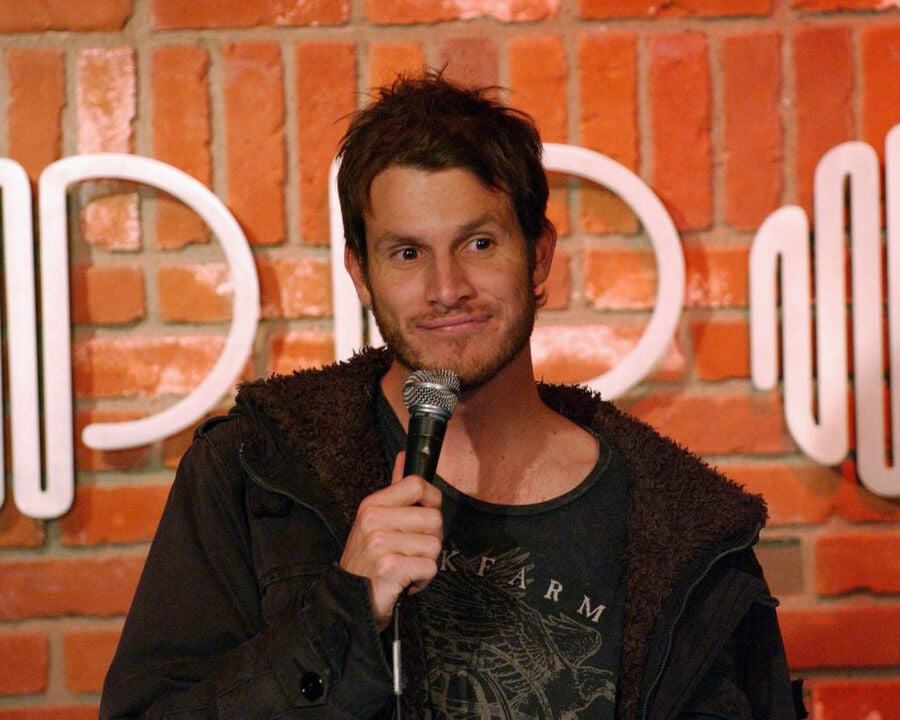 Tosh's Comedy Central internet video clip TV show, Tosh.0, premiered on June 5, 2009, and quickly became one of the highest-rated shows on the network. Besides Tosh.0, Tosh is a regular guest on The Bob & Tom Show and continues to tour the country for sold-out shows.

On an early episode of Tosh.0, Daniel mentioned that he is "obsessed" with CelebrityNetWorth.com. The segment sent so much traffic when the show first aired that our servers crashed for a day.

Tosh's comedic style could be described as observational, black comedy, insult comedy, and sarcasm. His mocking style is often described as pushing the envelope, non-politically-correct, and frequently includes punchlines that are intentionally self-deprecating, sexist, racist, or homophobic. He was criticized in 2012 for making a series of distasteful rape jokes at a Hollywood comedy club, setting off a lengthy debate amongst comedians about the appropriateness of jokes on the subject matter. Tosh later apologized for the incident. He has explained in many interviews that his style of joking does not reflect his actual personal beliefs and that it's all a persona.

Tosh has hosted an annual stand-up show, Tosh Saves the World, featuring other famous comedians such as Chelsea Peretti, Hannibal Buress, Bo Burnham, and Kumail Nanjiani. The proceeds go to various charities. Tosh also participated in benefit shows for the family of deceased comedian Greg Giraldo, as well as for Alabama disaster relief.

Tosh dated Megan Abrigo, one of the models from the NBC show Deal or No Deal, from 2009 to 2004. Tosh and Carly Hallam were married in Malibu, California on April 15, 2016. The couple is notoriously private about their relationship to the media. They have no children as of this writing.

Tosh has claimed that he suffers from severe social anxiety and, surprisingly enough given his on-stage persona, actually hates public speaking. His father, at one point, worked for him as his personal social media manager and ran Tosh's website. Daniel enjoys surfing and gambling in his free time, as well as writing.

Tosh's Comedy Central internet video clip TV show, Tosh.0, premiered on June 5, 2009, and quickly became one of the highest-rated shows on the network. Besides Tosh.0, Tosh is a regular guest on The Bob & Tom Show and continues to tour the country for sold-out shows. On an early episode of Tosh.0, Daniel mentioned that he is "obsessed" with CelebrityNetWorth.com. The segment sent so much traffic when the show first aired that our servers crashed for a day.

(The featured image of Daniel Tosh on this page was provided by Comedy Partners via Creative Commons license.)