Dana Gould Net Worth: Dana Gould is an American stand-up comedian, actor, and comedy writer who has a net worth of $500 thousand. Dana Gould was born in Hopedale, Massachusetts in August 1964. Gould moved to San Francisco, California to pursue his comedy career. He co-founded the San Francisco Comedy Condo in 1986.

As an actor he first appeared on The Ben Stiller Show from 1992 to 1993. Gould starred as Jimmy Clarke on the TV series Working from 1997 to 1998. In 2013 he starred as Tug Purcell on the series Mob City. Gould has also done voice work for The Simpsons. He also wrote for and has co-executive produced many episodes of The Simpsons. In 2009 he served as a producer for the television series Parks and Recreation. He has released the albums Funhouse, Let Me Put My Thoughts In You, and I Know It's Wrong. Gould's comedy has been featured on Showtime, HBO, and Comedy Central. He has won two Primetime Emmy Awards and been nominated for five others for his work on The Simpsons. 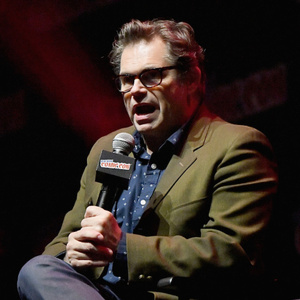