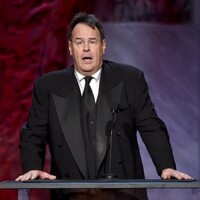 What is Dan Aykroyd's Net Worth and Salary?

Dan Aykroyd is a Canadian comedian, actor, screenwriter, and entrepreneur who has a net worth of $250 million dollars. Aykroyd is best known for being one of the original cast members of "Saturday Night Live" and for playing the iconic role of Ray Stantz in the "Ghostbusters" franchise. He is also a member of The Blues Brothers, which began as a "Saturday Night Live" sketch featuring Dan and John Belushi, and evolved into a touring band; their 1978 album "Briefcase Full of Blues" went double platinum, selling 3.5 million copies. Aykroyd co-founded the House of Blues concert venue/restaurant chain in 1992 and launched Crystal Head Vodka with $600,000 in 2007; the vodka is sold in crystal skull-shaped bottles, and the company's revenue topped $80 million by 2018.

Dan Aykroyd was born Daniel Edward Aykroyd on July 1, 1952, in Ottawa, Ontario, Canada. His mother, Lorraine worked as a secretary, and his father, Samuel (who actually went by his middle name "Peter"), was an author and civil engineer who was a policy advisor under Canadian Prime Minister Pierre Trudeau's administration.

Aykroyd has a younger brother, Peter, who grew up to be an actor and writer. Dan was born with webbed feet and was diagnosed with Tourette's syndrome at the age of 12 and Asperger's syndrome in the early 1980s. He was raised in a Catholic household and had planned on becoming a priest, but changed his mind at 17. Aykroyd attended St. Pius X High School and St. Patrick's High School before studying sociology and criminology at Carleton University. He dropped out of college before earning his degree and performed comedy at Canadian nightclubs; he joined the Second City comedy troupe in 1973 and ran a speakeasy called Club 505.

Aykroyd made his television debut at the age of 17 on Canadian sketch comedy series "The Hart and Lorne Terrific Hour," which ran from 1970 to 1971 and starred Hart Pomerantz and Lorne Michaels. Michaels later recruited Dan for "Saturday Night Live," hiring him as a writer and performer. Aykroyd was on the show from 1975 to 1979 and played beloved characters such as Yortuk Festrunk, Beldar Conehead, and Elwood Blues. The Blues Brothers got their own movie in 1980, and John Goodman replaced the late John Belushi in the 1998 sequel, "Blues Brothers 2000." Dan also co-starred with Belushi in "1941" (1979) and "Neighbors" (1981), and he had planned on co-starring with him in "Ghostbusters," (which Aykroyd began writing in the early 1980s), but after he died of a drug overdose in 1982, Dan rewrote the part of Peter Venkman for Bill Murray. The 1984 film grossed $295.7 million worldwide and led to a 1989 sequel, a 2016 reboot (in which Aykroyd had a cameo as a cab driver), and an animated series ("The Real Ghostbusters," which ran from 1986 to 1991). He reprised his role in "Ghostbusters: Afterlife," which is set to be released in 2021.

As the film's creator and screenwriter, Dan has earned millions more from additional sequels, merchandise, comic books and more. 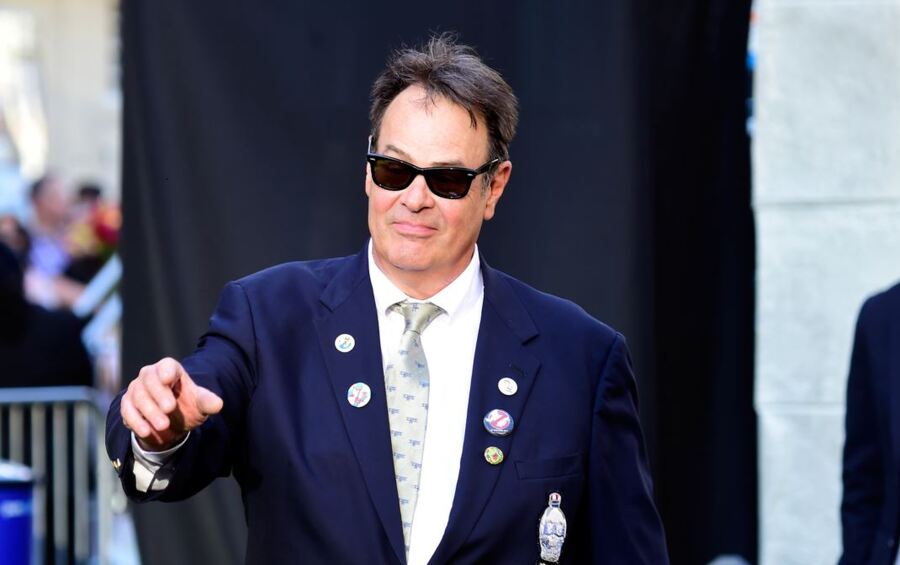 Dan was engaged to Carrie Fisher, his co-star in "The Blues Brothers," in 1980, but she left him for former boyfriend Paul Simon. Aykroyd married actress Donna Dixon on April 29, 1983, and they have 3 daughters together: Danielle (born in November 1989), Belle (born in June 1993), and Stella (born in April 1998). Dan was close friends with John Belushi, calling him both a brother and a kindred spirit, and he was devastated by his death.

Dan has served as a reserve commander for the Harahan, Louisiana, police department and a reserve deputy for Mississippi's Hinds County Sheriff's Department. Aykroyd is a Spiritualist and is interested in UFOlogy; he is a member of MUFON (Mutual UFO Network) and serves as the organization's Hollywood consultant. His interest in UFOs led him to host "Psi Factor: Chronicles of the Paranormal" and release the DVD "Dan Aykroyd: Unplugged on UFOs." In 2009, Dan's father published a book about the Aykroyd's family history with Spiritualism; Dan wrote the introduction to "A History of Ghosts" and helped Peter promote the book.

In 1977, Dan shared an Emmy for Outstanding Writing in a Comedy-Variety or Music Series with the "Saturday Night Live" writing staff, and he was nominated for an Academy Award for his performance in "Driving Miss Daisy" in 1990. Carleton University gave him an honorary Doctor of Literature degree in 1994, and in 1997, he received a Snuffed Candle Award from the Committee for Skeptical Inquiry for his involvement with "Psi Factor." In 2002, Aykroyd received a star on Canada's Walk of Fame, and he was appointed to the Order of Canada in 1999 and the Order of Ontario in 2017.

In 2007, Dan and a partner launched a vodka business called Crystal Head Vodka with $600,000. The triple-distilled vodka is sold in distinctive crystal containers that are shaped like human skulls. By 2011, the company was doing more than $55 million in annual revenue. Today annual revenue tops $80-$100 million.