Cristela Alonzo net worth: Cristela Alonzo is an American stand-up comedian, actress, writer, and producer who has a net worth of $4 million. Cristela Alonzo was born in Hidalgo, Texas in January 1979. She is best known for starring in the ABC television series Cristela since 2014. Alonzo became the first Latina to create, write, produce, and star in her own network show for Cristela. She has also appeared in episodes of the TV series Sons of Anarchy, The Book Club, Hey It's Fluffy!, and General Hospital. Alonzo wrote for the TV series Mind of Mencia in 2006. Since 2014 she has been a co-host and guest on the TV series The View. As a stand-up comedian she has appeared on episodes of the TV series Last Comic Standing, Conan, and the Late Late Show with Craig Ferguson. She was named as one of 10 L.A. Comedy Acts to Watch in 2014 by L.A. Weekly and as one of 13 Funny Women to Watch in 2014 by Cosmopolitan. Alonzo appeared on Comedy Central's The Half Hour in 2013. 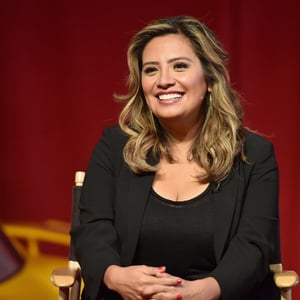