Craig Shoemaker net worth: Craig Shoemaker is an American stand-up comedian, actor, author, and producer who has a net worth of $10 million. Craig Shoemaker was born in Philadelphia, Pennsylvania in November 1964. He has appeared in several films including The Lovemaster, Scream 2, Safe House, Pleasantville, Comic Relief 2006, Dark Honeymoon, and more.

Craig Shoemaker has also appeared in episodes of the TV series Matlock, FBI: The Untold Stories, The Fresh Prince of Bel-Air, Roseanne, I Am Weasel, My Generation, The Hughleys, Teamo Supremo, Parks and Recreation, The Bold and the Beautiful, Awkward, and more. He has had specials including Craig Shoemaker: The Lovemaster… Unzipped in 2008. Craig Shoemaker has also authored the books What You Have Now… What Your Daddy Had Then, What You Have Now… What Your Mommy Had Then, and Lovemaster'd: a digital journey to love and happiness. In 1997 he won an American Comedy Award for Funniest Male Stand-Up Comic. As a producer, Craig Shoemaker has been involved with dozens of projects over the years. His company Really Big Shoe Media reportedly has 25 film and television projects in various stages of production. 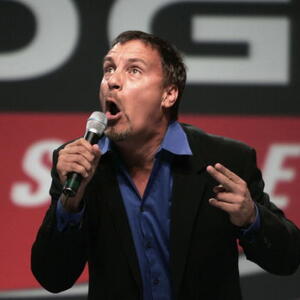