Craig McLachlan net worth: Craig McLachlan is an Australian actor, musician, singer, and composer who has a net worth of $8 million. Craig McLachlan was born in Long Jetty, New South Wales, Australia in September 1965. From 1987 to 1989 he starred as Henry Ramsay in the television series Neighbours. McLachlan starred as Grant Mitchell in the TV series Home and Away from 1990 to 1991.

From 1995 to 1997 he starred as Ed Russell in the series Bugs. McLachlan starred as Kane Morgan in the television series McLeod's Daughters in 2004. Since 2013 he has starred as Doctor Lucien Blake in the TV series The Doctor Blake Mysteries. McLachlan has had recurring roles in the TV series Tribe, Always Greener, Rescue Special Ops, Packed to the Rafters, House Husbands, The Wrong Girl, and Deep Water. McLachlan won a Gold Logie Award in 1990 and has also won three Silver Logie Awards for Most Popular Actor. 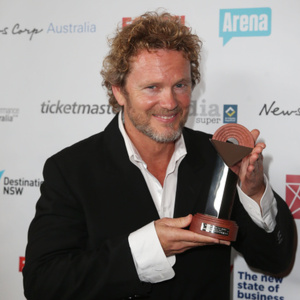