Craig Kilborn net worth: Craig Kilborn is an American actor and talk show host who has a net worth of $7 million. Craig Kilborn is perhaps most famous for being the original host of The Daily Show before John Stewart. Thanks to his biting wit, superior attitude and sharp but amiable commentary style, Craig Kilborn has made a name for himself as a unique late night host and sports anchor.

His start as play-by-play radio commentator for Fox affiliate in Northern California served as a stepping stone to Kilborn helping him land the anchor position of the late broadcast of ESPN's SportsCenter. In the three years that he spent on the cable sports network's flagship show, Craig along with the likes of Keith Olbermann, Dan Patrick and Charlie Steiner brought about a permanent change in the way sportscasters announced highlights. Kilborn went on to become the host of The Daily Show (Comedy Central, 1996-98), where he got the chance to tell snide remarks about the day's news and cultural events. He withdrew from the show in the late 1998 to succeed Tom Snyder on The Late, Late Show (CBS, 1999-2004), spending the next five years building a loyal troupe of fans. He also has made several appearances in prominent movies such as Old School (2003) and The Benchwarmers (2006). 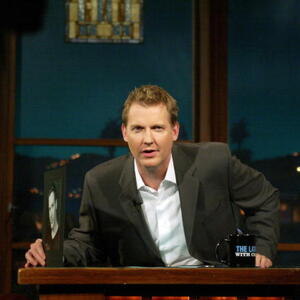