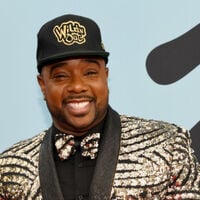 Corey Holcomb net worth: Corey Holcomb is an American comedian and actor who has a net worth of $1 million. Corey Holcomb was born in Chicago, Illinois. He played college basketball and started as a stand-up comedian with the help of Godfrey. As an actor Holcomb starred as Boonie on the television series Black Jesus from 2014 to 2015. He provided the voice of Robert Tubbs on the TV series The Cleveland Show from 2009 to 2013. Holcomb has had recurring roles on the TV series Half & Half and Family Time. He has appeared in the films Like Mike, The Watermelon Heist, Dance Flick, Who's Watching the Kids, Think Like a Man Too, The Wedding Ringer, and Boo! A Madea Halloween. Holcomb has frequently appeared on the series Wild 'N Out from 2006 to 2016. In 2004 he competed on the reality television series Last Comic Standing. He has also appeared on episodes of the TV series Everybody Hates Chris, The Tonight Show with Jay Leno, Zo What? Morning Show, and Comics Unleashed.